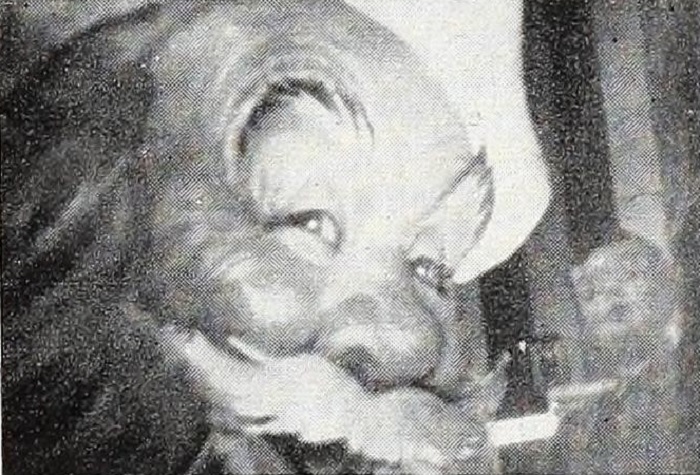 "Most Christmas films seem to be concerned with only one aspect of this December holiday — the gaiety of family life around the tree, opening presents and a festive dinner. Grace Lindner has recorded the material side of the season in the early footage of her film, Xmas Time, as she shows gleaming shop windows, hurrying shoppers, decorated doorways and members of her family around the hearthside. But in a smooth transition from a creche under the tree to the children saying their prayers, she ends her film with a series of architectural studies of the spires and bell towers of churches, filmed through bleak branches against a winter sky. This moving climax, accompanied by a choir recording of The Lord's Prayer, admirably fulfills her aim to portray the triumph of the spirit of Christmas over the baser observances." Movie Makers, Dec. 1951, 412.