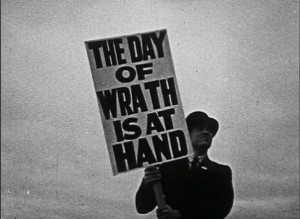 "Each year the contest sponsored by the American Society of Cinematographers through this magazine seems to bring forth a surprise. For several years the 8mm cinematrographers have been setting the pace, but never has any of them reached the goal achieved this year by Miss Ruth Stuart. Miss Stuart has been a contributor to this contest every year for the past three years; in 1933 she was given the medal for travel pictures. Her 200 ft. 16mm subject 'Doomsday' was also awarded honors in the British Institute of Amateur Cinematographers. In the American Society of Cinematographers contest just closed she was given a recognition for the Outstanding picture, in photography and Documentary pictures. It will be surprising to many that this unusual honor should befall a woman. Photography, by the unwritten law, is supposedly the realm of male species. Miss Stuart, however showed such a fine understanding of the value of pictures that move, how to fabricate these moving photographs into an interesting document that would hold any audience anywhere in the civilized world. For a person who films she must have developed a stony heart in order to cut as judiciously as the picture indicates. There is a tempo to the production that is very seldom achieved by an amateur. There are no obvious pet shots or scenes. Each sequence, each scene, each picture was left in production for a purpose to give it atmosphere to help the story along." American Cinematographer, Jan. 1937, 25.

"Well photographed, well planned film dealing with the contrasted fears of town and country folk and their reaction to catastrophe" (IAC 1975).

‘A fantasy based upon a fear which has preyed upon credulous minds from the beginning of time' is the maker's description of this ambitious attempt to show how people react to the possibility of a catastrophe and then to the real event. The story hinges upon a cosmic event that upsets the Earth's equilibrium, causes an imbalance of weather conditions and other natural forces, resulting in widespread panic’ (EAFA Database)."

"Structurally sustained by only the slimmest of plot incidents, Dummy Walks Out is in essence an etude in cinematics, sparkling with brilliant photography and bravura with striking angles. An evening of bridge, consistently bad cards to one player and, in time, the dummy walks out — such is the simple scheme of this masterpiece in miniature. Throughout its brief footage, however, the producers, M. P. Gamber. ACL, and Walter Mills, ACL, have contrived a gleaming glossary of cinematic imagination which delights the eye and beggars analysis. Near shot, closeup and extreme closeup (in several scenes, a single playing card fills the entire screen) follow one another with graphic beauty. Dummy Walks Out is a brilliant answer to the timid souls who "alibi" that the Eights can't take it." Movie Makers, Dec. 1935, 534, 550.

"Electra, 400 ft., 16mm., produced by Clyde Hammond, is a picturization of that Greek drama. Its most novel quality is the evidence of an intelligent search for the best motion picture treatment to present an accurate film version of the story. A series of tableau like sequences were finally used with much better results than if the plot had been adapted and scenarized in the customary manner. Certainly this film version is much truer to the original than would otherwise have been possible. Not being able to erect the complicated sets that would seem necessary, Mr. Hammond used flat gray walls, producing the suggestion of ancient Greek palaces and dwellings with "props," costumes and occasional wall ornamentation. The photographic quality is uniformly good throughout and, one sequence has very good double exposures." Movie Makers, Dec. 1930, 787-788. 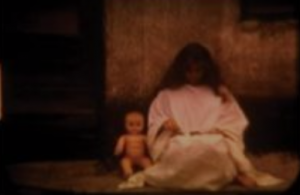 "The film made a recount of dreamlike images, in which a woman (Paloma Woolrich, goes out of her house to go through several spaces that actually seem determined by her imagination: she goes down the steps of a street in a pedestrian area, then she is imprisoned by a gigantic rock, she appears catatonic on a roof top with a plastic baby, she struggles with a crooked man, she beats a tied man, she sleeps with her couple and her plastic baby in a graveyard, she appears disheveled in a construction site in ruins in the middle of the country where she is roughly painted by another woman" (Vázquez Mantecón, 2012). 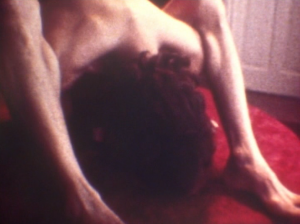 "First super 8 film of Nicolás Echevarría, who had already filmed and experimental piece in 16 mm and saw in the supereighters a sort of "outcasts' community" that he identified himself with, it showed with the background of a Ravel musical piece the poses of a male contortionist looking for self-satisfaction in a setting that associates the notion of the bourgeoisie to the comfort of eroticism" 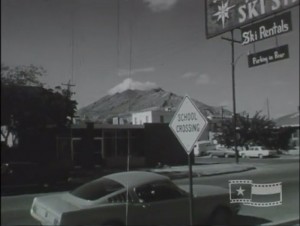 "This film captures scenes of men in El Paso posing, walking, climbing, performing fake fights, and acting out humorous scenes while the man behind the camera experiments with effects and film speed. The outcome is an entertaining film full of interesting visuals" Texas Archive of the Moving Image. 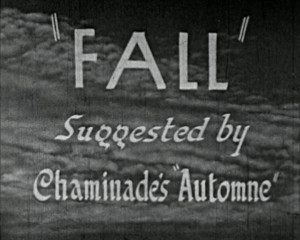