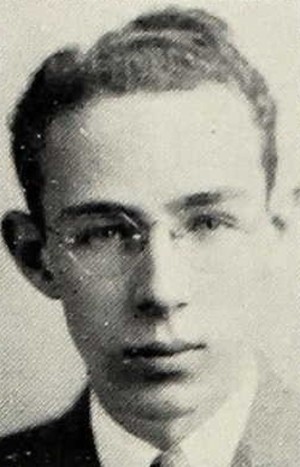 "With deep regret, Movie Makers announces the death in action on the Italian front of Pfc. Clark Walter Mills, formerly of Bronxville, N. Y. Mr. Mills was the first 8mm. filmer to place in the Ten Best selections, which he did in 1933, one year after the 8mm. system was introduced. His award winning picture was called Design, which ran 200 feet of 8mm. black and white, and it recorded the activities of his class at Brooklyn's Pratt Institute, where he was an art student. A former vicepresident of the Metropolitan Motion Picture Club, Mr. Mills was the founder and first chairman of the New York 8mm. Motion Picture Club, organized early in 1938." Movie Makers, March 1944, 121.