Film Record: Which He Hath Planted 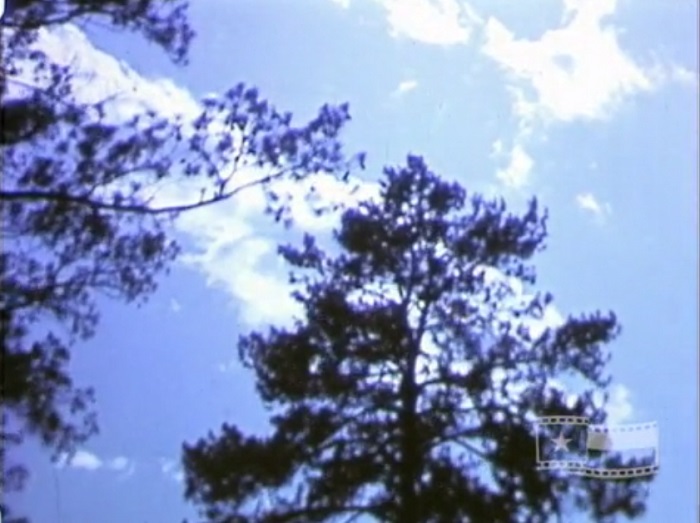 Still image from Which He Hath Planted via Texas Archive of the Moving Image.

"The Texas Forest Service was faced with a grave problem. Large parts of Texas were being devastated and deforested by numerous fires. The fires were caused by the idle fancy and carelessness of backwoodsmen. Which He Hath Planted was produced for the Service by Larry J. Fisher, ACL, as part of the campaign to lead these woodsmen into more constructive paths. It is a striking example of how, with imagination, a motion picture can be constructed to fit the needs of a very special situation. Mr. Fisher and the Forest Service had to find a common ground on which to base their appeal against the pyromaniacal instinct. Realizing that, however uneducated, most people from the backwoods have both acquaintance with and veneration for the Bible, they decided to peg their entire film on quotations from the Scriptures. What they have produced is a beautiful welding of applicable Biblical passages, both spoken and sung, to forest scenes, the end result tending to promote the idea that trees are rich and wondrous manifestations of God and are not intended by Him to be destroyed by man's casual whim. The lesson is well taught. But the film imparts a sense of beauty and reverence that far outlives the immediate lesson. For that, Mr. Fisher's blending of music and word and image is responsible." Movie Makers, Dec. 1946, 486.

Discussed in "Practical Films" (Movie Makers, Dec. 1946, 482). The mention states that prints of the film were available to church and civic groups in Texas.

This film is a part of the Texas Forest Collection held by the Texas Archive of the Moving Image, as well as the Larry Jene Fischer Collection 1919-1956 held by Lamar University.

"The film shows how the Bible counsels us to plant and care for the woods and forests. All of the outdoor scenes, in beautiful color, were made in Texas forests. Blending and underscoring the beauty of the color scenes is an original musical score sung by the Prairie View University Concert Choir." Educational Film Guide, 1947 Edition, 401.