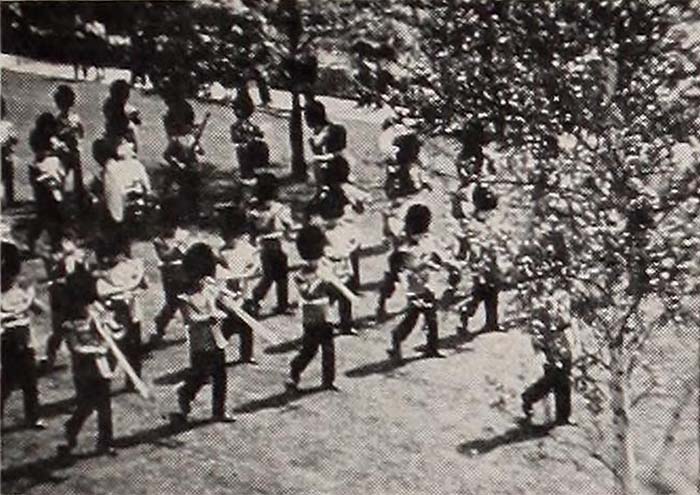 "In Streets of Peace, Lewis B. Sebring, jr., presents a manifold accomplishment in film. Here is a record of the New York World's Fair 1939, but a record which, because of its selectivity, gives the impression of completeness in setting forth a single theme, although the material is both voluminous and varied. Here, also, is an interpretation of the epic idea behind the foreign participation in this great American exposition, the vision of peace, which has since been so rudely interrupted. Mr. Sebring takes his camera through the streets of peace, literally, and we see one after another of the foreign buildings and exhibits at the Fair; we also look at the different national celebrations in the Court of Peace. The visit of the King and Queen of England is recorded in considerable detail. After a scene of children of many lands uniting in a gathering in the Children's World, we find the pointed query as to what these youngsters will make of the "world of tomorrow," and the picture closes with distinguished shots of the United States Building, with its flag and the word "Peace," which appears on its façade. Mr. Sebring's titling is admirable, both in wording and in execution. His Kodachrome exposures have less good moments, but his camera handling is otherwise pleasing. Here is a workmanlike and finished recording of a great international event." Movie Makers, Dec. 1939, 635-636.