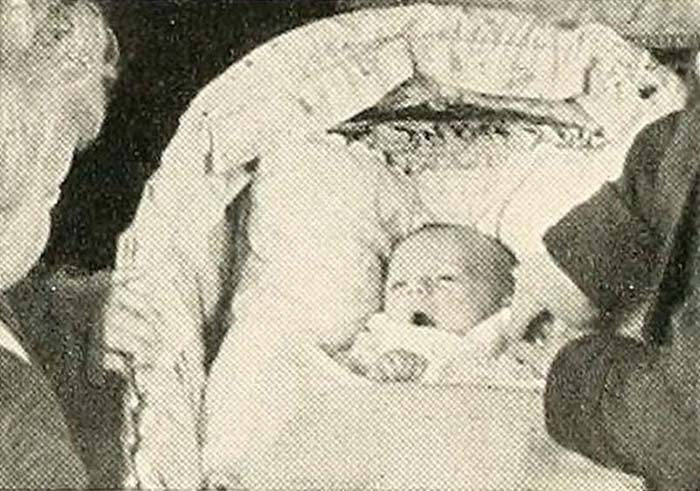 "With Number Three Arrives, John Martin carries on the continuity both of his charming family and of his delightful films of them, so ably introduced by his last year's award winner, A Day with the Young Martins. Here again are the sure feeling for cinematic story technique, the nicely effective angles and the smooth sequencing which belies any need for titles. Added to these deft and familiar abilities of Mr. Martin's work, the current production brings to light a delightful flair for farce comedy by the harassed father and a family terrier rivaling, on a small scale, the best of Hollywood's canine thespians. Once more, Mr. Martin has proved beyond argument that a well planned family film may be of interest to all who see it." Movie Makers, Dec. 1937, 630.

Discussed by Martin in "Enter Number Three" (Movie Makers, Dec. 1938, 599, 622). The article describes "How a father filmed the arrival of his third child," and includes stills from the film.