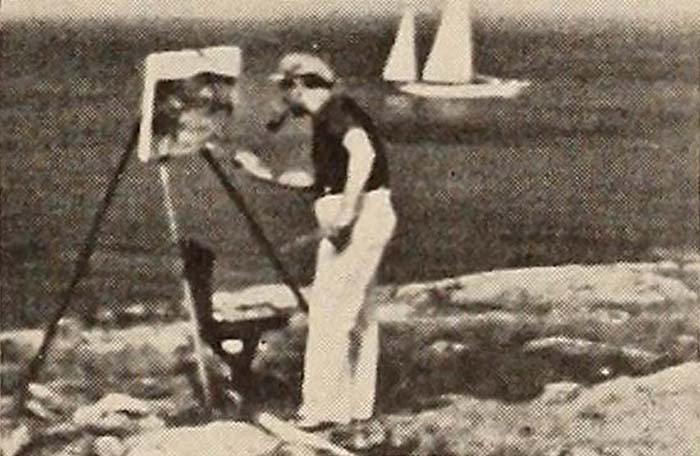 "New England Holiday is the kind of travel film any movie maker should be proud to produce. Replete with human interest and a warm feeling of good fun, this two reel record is distinguished by a wealth of splendid compositions and natural camera treatment. Albert F. Watts has lavished on such typically New England subjects as Gloucester harbor, the fishing fleet or a clam bake the sensitive feeling of an artist for line and mass and the alert understanding of cinematics of a genuine movie maker. Smoothly integrated sequences have been edited with unerring suavity and liveliness, comprising a whole which is both vital and lovely to look at. The production is fundamentally weakened only by a selection of title wordings considerably less spirited and effective than the films which they accompany." Movie Makers, Dec. 1938, 620.

The film was a "high ranking entry" in an Eastern seaboard interclub movie contest sponsored by the Metropolitan Motion Picture Club in 1938 (Movie Makers, April 1938, 181).