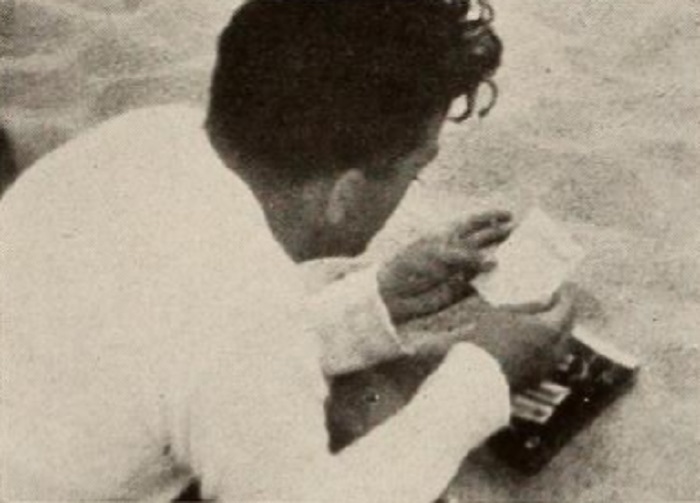 "Take a man who wants to play golf and his wife who wishes to see the sights on a family vacation and you have the simple plot of Nantucket Turnabout. Richard Elms treats the idea with a freshness, however, that lifts it from the usual vacation film class. Through the mechanism of the wife's desire to visit historical places, some lovely views of Nantucket are logically inserted in the film, while the husband wearily tags after her as his prepayment for a chance to play golf. The eventual golf game ends with the wife, fresh after her sight seeing, winning easily, while the exhausted husband repeatedly drives to the rough, far into the final sunset." Movie Makers, Dec. 1945, 496.