Stan Fox in a shot from Glub, Royal BC Museum, YouTube

Projected with musical accompaniment from disc -- excerpts from the third movement (Scherzo: Allegretto) of the Piano Quintet in G Minor (op. 57) by Dmitri Shostakovich.

"Members of the National Film Society of Canada (Vancouver Branch) parody the early experimental works of American avant-garde filmmaker Maya Deren [to whom the film is dedicated]." (BC Archives)

The film is subtitled: "A conflict between two philosophies of time and space."

The film was shot in an area of sand dunes on Sea Island in Richmond, BC, near the location of Vancouver International Airport. 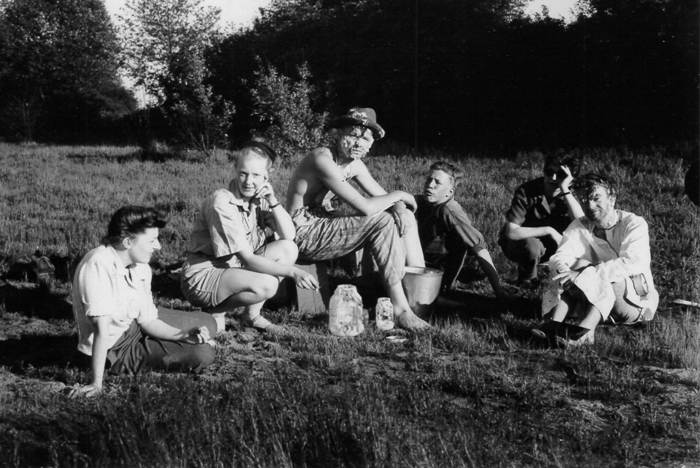