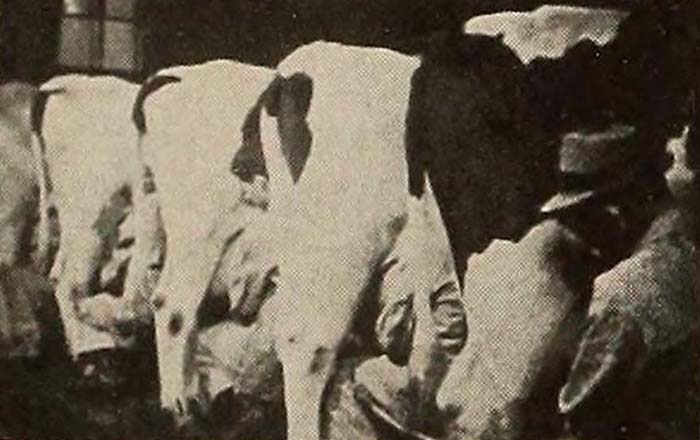 "Well known for its attainments in the commercial film field, the T. W. Willard Motion Picture Company sets a new high in its publicity productions with Follow the Plow. To technical excellence they have added sound sequencing; into a record of vocational education, they have instilled beauty and human interest. The subject matter concerns the training given to selected city boys in the fundamentals of farming at the Bowdoin Farm, operated by the Children's Aid Society of New York City. Tracing the course of these boys from the sidewalks and streets to the fields, at New Hamburg, N. Y., the location of the farm, the film expands with the glorious color of the autumn country and becomes a living essay of the pleasures of farm life. Constantly changing angles and intelligent titling lend pace to the production. Despite the limited interest in the specific subject of plows and cows, the appeal is made universal through magnificent color scenes and competent treatment." Movie Makers, Dec. 1938, 618.

Made by the T. W. Willard Motion Picture Company.