Film Record: In the Daytime 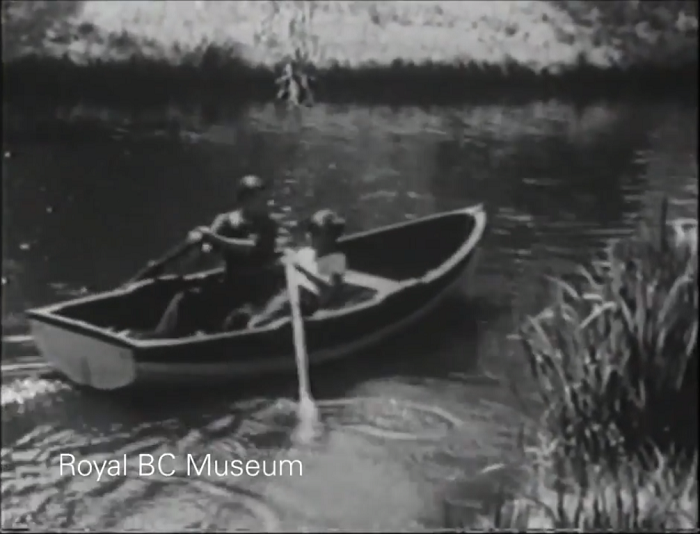 Stanley Park sequence from In the Daytime. Royal BC Museum, YouTube

Soundtrack was originally on a wire recording (narration) & published audio discs (music); later mixed onto 1/4-inch tape. In 1986 the track was edited & remixed to make a 16mm optical track (at 24 fps) for contact printing with the new internegative.

"An impressionistic portrait of city life during a day off in the summertime, with poetic narration set opposite some very observant and intimate views of Vancouver and its inhabitants. These include numerous street scenes; departure of the passenger ferry 'Hollyburn'; shots of and from Interurban railway and streetcars; sequences on Chinatown, Kitsilano Beach, Stanley Park, Victory Square, and the downtown waterfront; and a glimpse inside a typical beer parlour. The film received honourable mention in the amateur category at the 1950 Canadian Film Awards." (BC Archives) 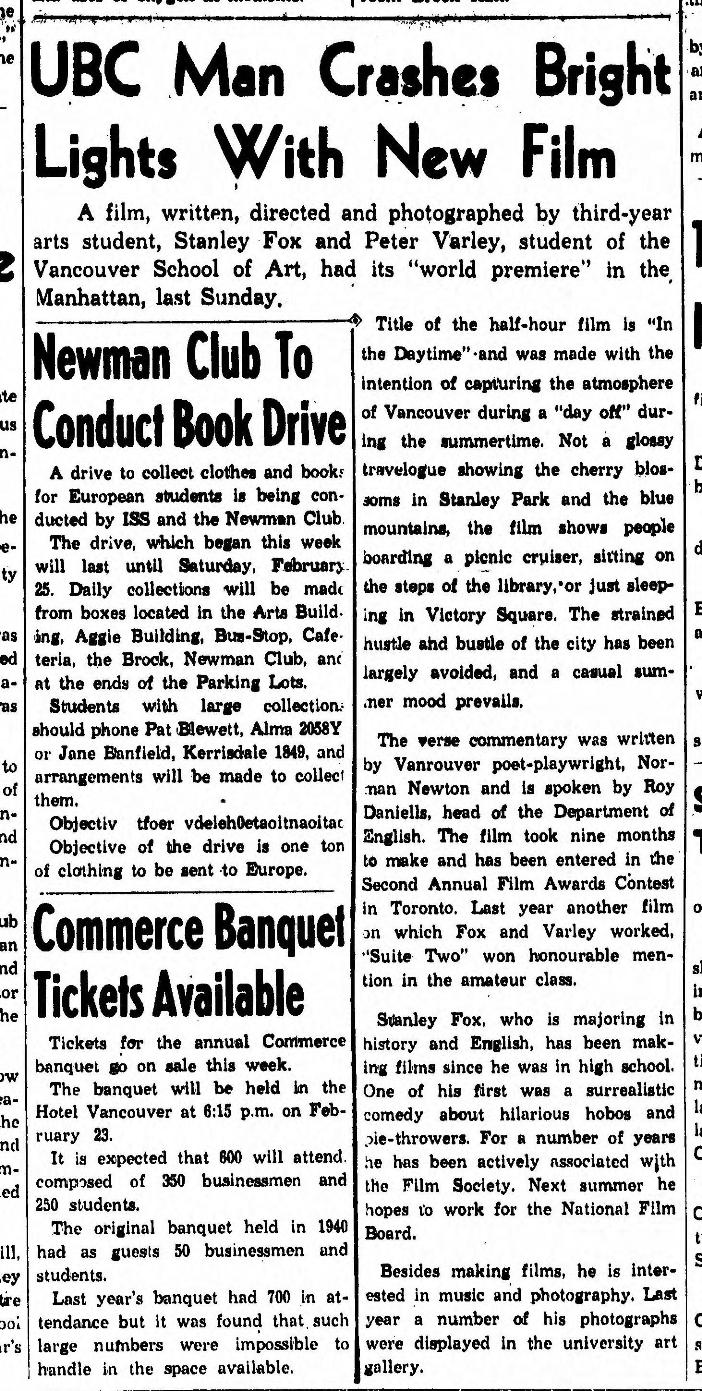