Film Record: While the Earth Remaineth 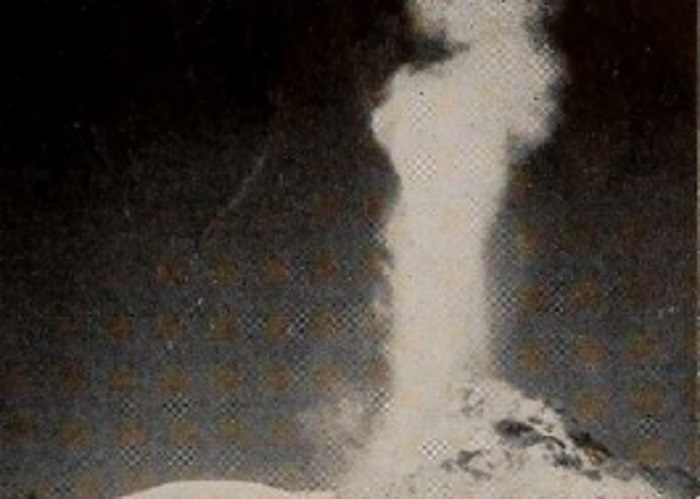 Still image from While the Earth Remaineth in Movie Makers, Feb. 1949, 53.

"With While the Earth Remaineth, Hiram Percy Maxim Memorial Award winner for 1945, Frank E. Gunnell crowns a long and distinguished career in the history of personal motion pictures. Beginning ten years ago with Adirondack Adventure, a Ten Best winner on 400 feet of black and white film, this career now embraces no less than ten award winners in nearly every category of amateur movies. Mr. Gunnell's chef d'oeuvre is a stirring and splendid climax to these efforts. The film is based upon the twenty second verse of the eighth chapter of Genesis, wherein the Lord pledges that He shall never again smite the earth, as He had done in the recent Deluge: For while the earth remaineth, seedtime and harvest, and cold and heal, and summer and ivinter, and day and night. shall not cease. Beginning with this great and noble theme, Mr. Gunnell doubles back in his production to show the creation of this Earth which the Lord has blessed. Here, used interpretively rather than for itself alone, Mr. Gunnell's superb craftsmanship with the camera rises to new heights of power and dignity. His sequences suggesting the formation of the cosmos and the first coming of light to the new planet are among the most stirring and purely creative passages in the history of amateur movies. His use of already existing scenes — a geyser or boiling springs of mud — to suggest the primordial genesis are imaginative editing at its highest plane. Flowers, fruits and the fowls of the air take on new beauty in Mr. Gunnell's moving testament to God's handiwork. As befits such a splendid theme, While the Earth Remaineth is scored with music of great stature. Presented with the picture are passages from Beethoven's Pastoral Symphony; the Symphony in D Minor, by Cesar Franck; Robert Schumann's Third Symphony; Harold in Italy, by Berlioz; the Deems Taylor suite, Through the Looking Glass; Omphale's Spinning Wheel, by Saint-Saens. and the Symphony in D Major, by Haydn." Movie Makers, Dec. 1945, 477, 494.

Discussed by Gunnell in "The Earth is Everlasting" (Movie Makers, Jan. 1946, 14-15, 30-31). In the article, Gunnell describes his inspirations for making the film, and shares how the film was shot in several different locations over a period of years.