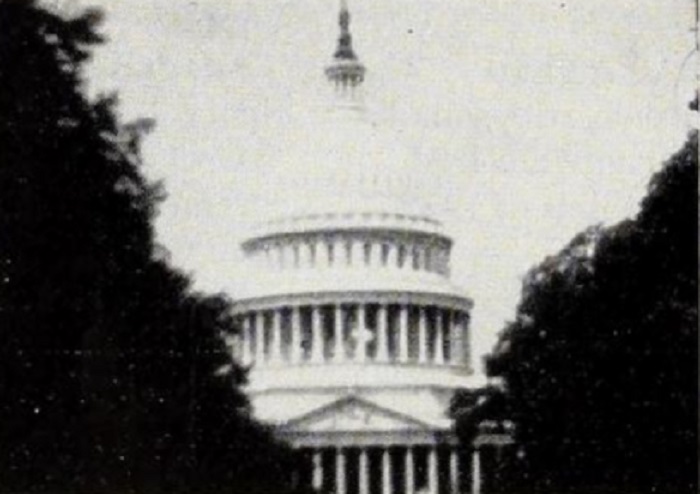 "Sometime during the summer of 1950, Fred Evans, L. A.'s genial maestro of 8mm movies, arranged to pick up a new Nash sedan in Grand Rapids, Mich. What better excuse need there be for packing up his two Southern California sons and taking them East to meet the land of their forefathers? Which is exactly what he did in Vacation Highlights of 1950. The lead title is commonplace, perhaps almost banteringly so; but the film footage which follows it is not. Niagara Falls, his native Vermont, Concord, Lexington, New York, Philadelphia and Washington are on the Evans itinerary of American history. There is a rewarding stop at the St. Louis zoo — for its incomparable Sunday shows — and soon the Evans are home again. But not without one final twist to the tale. "Hey, look-out here, Pop!" urges the oldest offspring as he returns from scouting the premises. The family cat, with inimitable feline pride and savoir faire has had kittens." Movie Makers, Dec. 1951, 410.