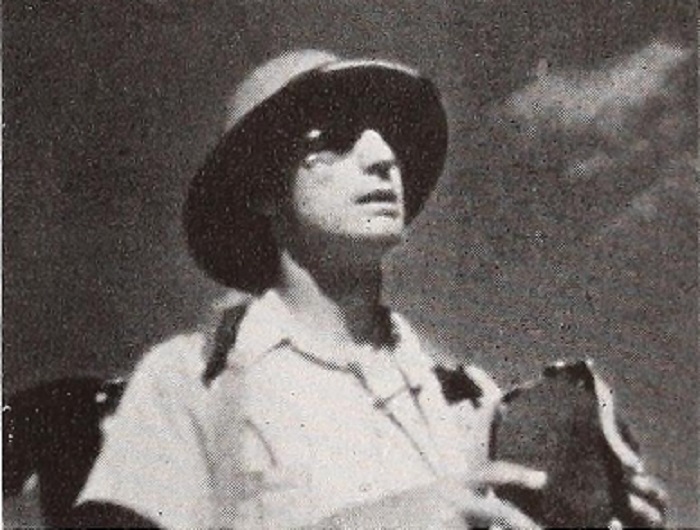 "Rainbow Fantasy, in the words of Charles C. Hammack, is "an attempt to produce — not a conventional travelog — but more a story of adventure, a hiking adventure to what is probably one of the least visited of our national monuments, Rainbow Bridge, in southeastern Utah." In achieving this goal, Mr. Hammack has been largely and creditably successful. For him and his young wife, Rainbow Bridge takes on the aura of a lost horizon, a Shangri La protected from the outside world by the blistering desert heat and the brutal desert rocks. He brings this overtone of feeling to his film, both through his imaginative camera treatment of the subject and the intentionally dramatic acting of the two travelers. Mr. Hammack's is a new name in Ten Best competition, but it is one which we believe will be heard again."Movie Makers, Dec. 1943, 478.