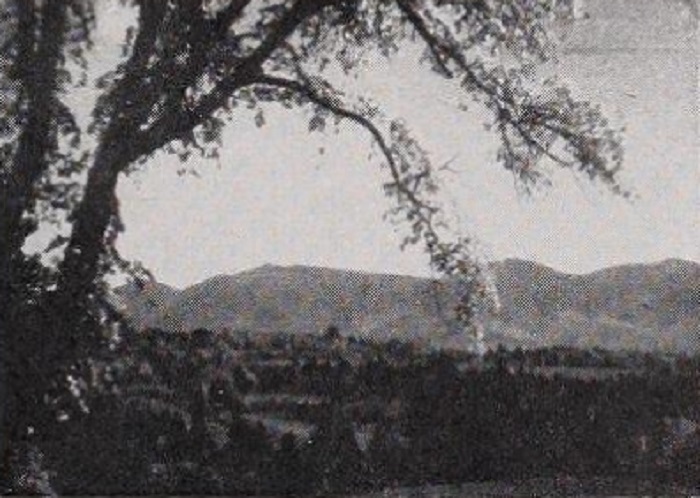 With music and sound effects on disc and narrative.

"Hamilton H. Jones has again shown his marvelous ability to combine beautiful movies and fine music on the double turntable into a cinematic whole that, in New England Autumn, carries an audience through the calm delight of fall days to a climax that has great dignity and spiritual stimulation. We see autumn in its most restful and wistful mood, and the action is slowly paced in harmony with the dying year. There is leisurely strolling in the many hued woods. The leaves on the ground are scuffed through and gently scattered. We see the things that we all like to do in the forests in autumn. Finally, in an arresting sequence of autumn fruits — great, gleaming pumpkins and ruddy apples — the music turns to the inspiriting old Dutch hymn of thanksgiving. Rising first orchestrally and then voiced by a thousand singers, the chorus ends as our eyes are lifted to the simple spire of a New England church. Here is suavity, here is intelligent movie making and here are dignity and spiritual uplift." Movie Makers, Dec. 1947, 534.