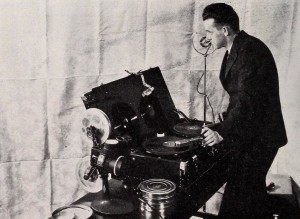 Jones was an innovator in early amateur sound film with his double-turntable music on disc system. He details the system in "Sound it Yourself" (Movie Makers, July 1934, 275, 297).

Winner of the first Hiram Percy Maxim Memorial Award in 1937.