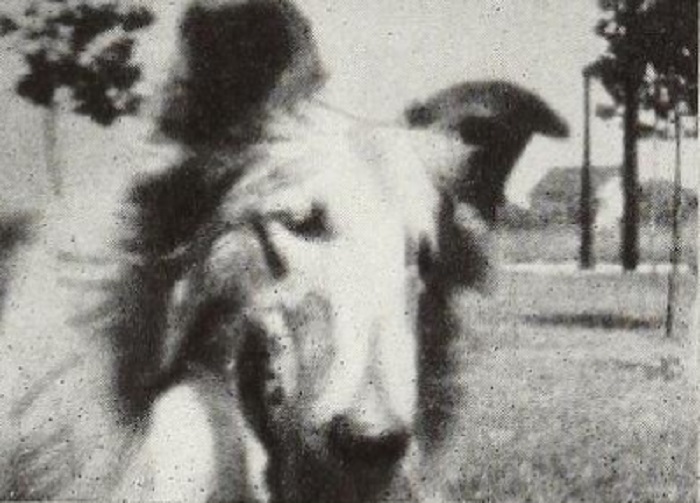 "Children and pets are generally lovable and always interesting; but filming them is not a simple task, as many amateurs have found out. Raymond J. Berger, in Lassie Stays Home, accomplishes it with a sure touch and an ease that will be the envy of his fellow filmers. The excellently planned story tells of a lost child who is found by Lassie, the loyal canine family member, after the baby's somewhat older sister hunts her frantically. No adult appears in any of the footage; and remarkably enough, one does not sense the directing mother, just out of camera range. The whole movie goes forward as if the children and Lassie were entirely alone, with the camera miles away. Here is 8mm at its best and here is a film that every amateur would be proud to have made." Movie Makers, Dec. 1945, 494.

Discussed by Raymond and Gladys Berger in "Two Girls and a Dog" (Movie Makers, June 1945, 212, 227-228). The article describes directing children and animals in films with reference to Lassie Stays Home. Film stills are shown.