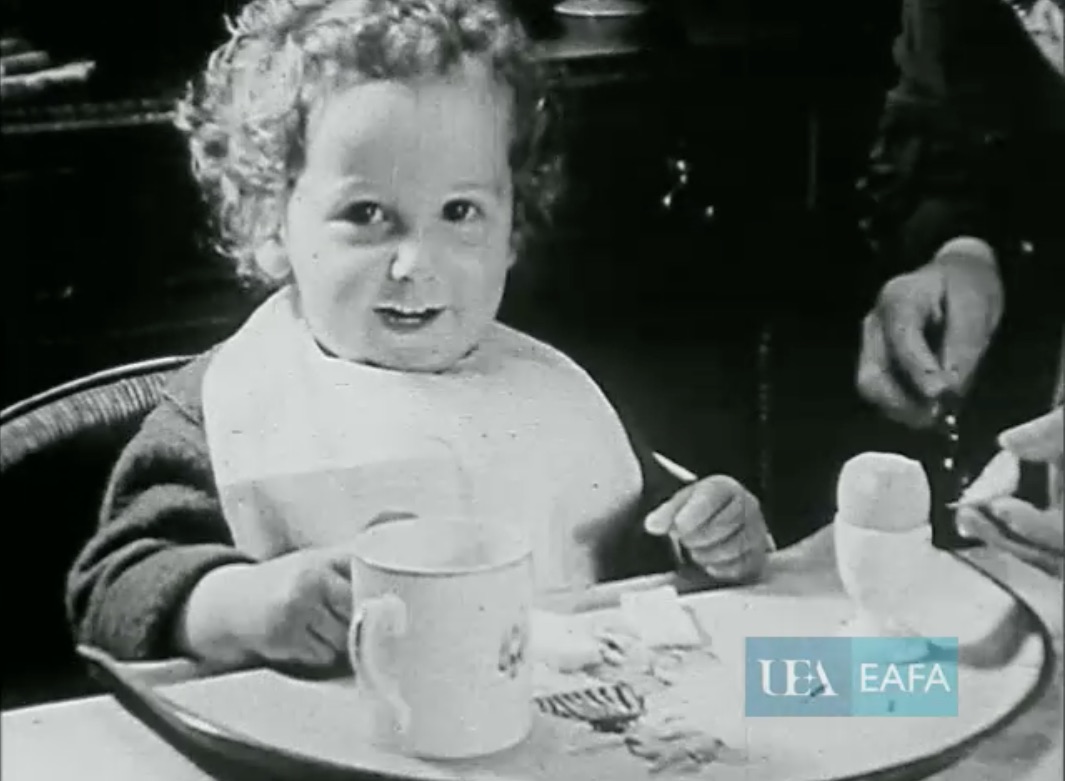 "In the Home Movie field, Lawrenson submitted a fine document of a day with his little 2-year-old daughter. The main portion is given over to a day at the seashore. But he gives reasons for everything he does even to going home. He shows a storm coming up and after the family has arrived safely at home, the little looks out of the window while the raindrops patter on the windowpane." American Cinematographer, Jan. 1936, 24.