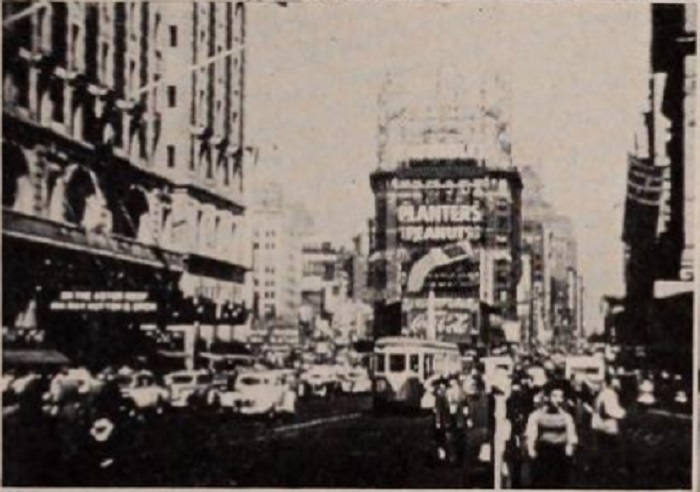 "Harley H. Bixler, a technician, has been inspired with the might of America, and he has interpreted it according to his lights. In Cavalcade of America, taking our entire country as his canvas, he has painted in, with striking chromatic images, the physical and industrial high lights of our heritage. Here are the sinews of strength, awaiting only the activating force of human endeavor to turn them to the path of power. Here are the mills and the mines, the oil and the electricity, the farms and the factories without equal in our modern world. Mr. Bixler interprets his fine pictorial document with a narrative that is usually vivid but sometimes matter of fact and accompanies the whole with recorded music. Cavalcade of America is a striking study of a tremendous subject." Movie Makers, Dec. 1940, 602.

The film is discussed by Curtis Randall in "Documenting America (Home Movies, Aug. 1945, 321, 345-346). The article states that Bixler covered 13,000 miles and 25 American states in shooting the film. As well, it notes that the film was one few amateur productions "chosen by the government State department for informative and cultural display abroad" (321).