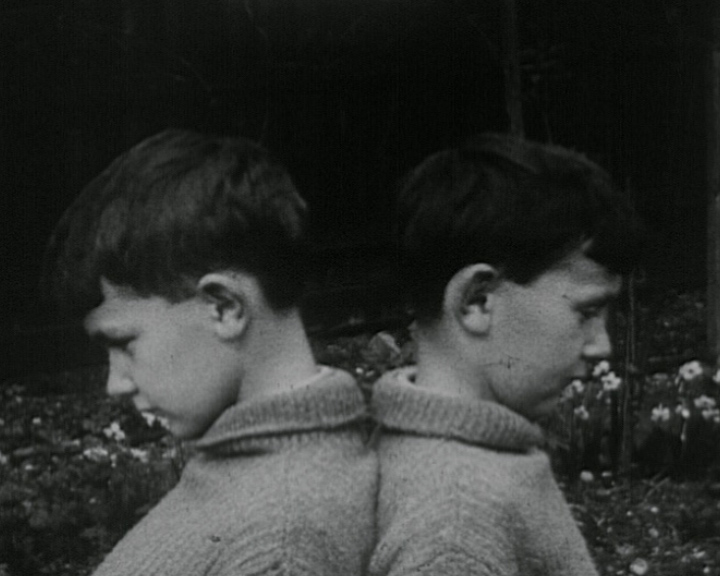 Still from Who's Pilkington?/em> via EAFA

"Amateur filmmaker, cinema historian and railway engineer H.A.V. Bulleid presents a comedy of manners featuring a mysterious arrival from a distant land. A family endure a group photograph, taken by their maid, but are interrupted by the arrival of a letter announcing the imminent visit of an Australian cousin named Kit, and his companion, named only as 'Pilkington'. The daughter speculates over the identity of Pilkington, hoping for a notorious Australian bushranger, but Cousin Kit arrives accompanied only by a large cardboard box. Inside is the answer to all their questions - a dog - the very same Mr. Pilkington. But will Kit and Pilkington upset the normal balance of the family? Or will the family only upset their Antipodean cousins? And will Kit achieve his aim of finding an English wife?" (EAFA Database)