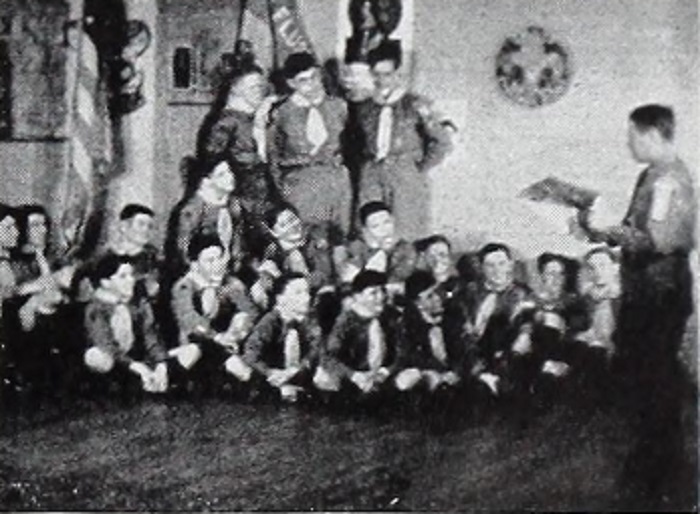 "With its first, full dress training film for Scoutmasters, the Visual Education Service of the Boy Scouts of America embarks, in The Patrol Method, on a new pedagogical path. Instead of presenting the perfect method for emulation, the movie records what happens when Scoutmasters and patrol leaders, with more enthusiasm than shrewdness, do things in ways that invite difficulty. The wiser course is pointed out tactfully, but indirectly, in the film. Here is an unusual employment of the movie medium, but the United States Army and Navy found that it worked in war training. The film is intended for use with a printed outline, and verbal conferences will follow its showings. Directly designed to accomplish a specific teaching task, The Patrol Method does it admirably." Movie Makers, Dec. 1945, 498.

Produced by Visual Education Service of the Boy Scouts of America of New York City.

This film is a part of the Boy Scouts of America Collection, 1838-1993, held by Stanford University Libraries.