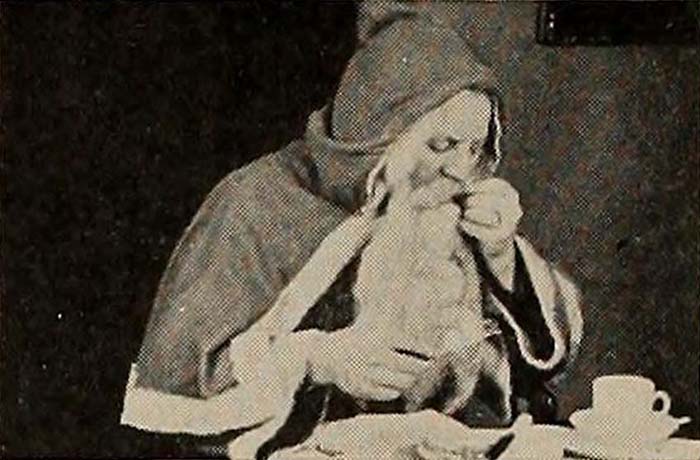 "Santa Passes Out is another of John Martin's delightful pictures of family life, a subject which he handles con amore. A series of unusually fine child studies makes this film outstanding, and the utterly spontaneous character of most of this material is all the more praiseworthy because every bit of it carries the story forward. Mr. Martin did not succumb to the sore temptation that besets the producer parent, to insert an irrelevant shot here and there because it is "so cute." The story itself is a gentle narration of the inevitable expose that awaits the fond parent when he impersonates Santa Claus, and the film as a whole is completely delightful. There is unusually good interior color photography throughout and a very clever, double exposed main title." Movie Makers, Dec. 1938, 597.