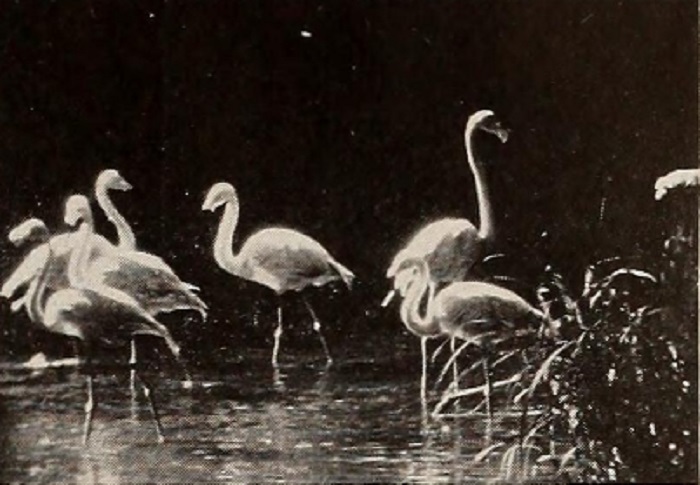 "By a clever editorial feat, Charles H. Benjamin has transformed a series of animal scenes which he filmed at New York City's Bronx Zoo into a pseudo travelog of the African game belt. He achieved this effect by simply cutting shots of heavily wooded streams into footage of the uncaged animals in the famous zoo, and the illusion is pointed up by some striking title frames. Mr. Benjamin's camera work matches his editorial insight, for his exposures and composition are first rate. His use of back lighting gives his shots of flamingoes and drowsing lions a brilliance that puts them far above the usual run of animal pictures." Movie Makers, Dec. 1946, 488.