Film Record: Outside the Big Top 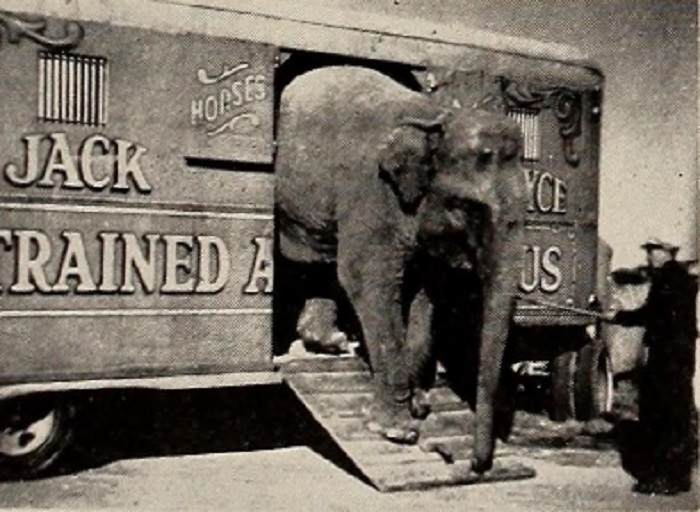 "What happens behind the scenes is always of interest to curious people — and most of us are curious. Remembering the delighted boys who sometimes get odd jobs in the backyard of the circus, Guy Nelli elected to let us see what they have seen, in Outside the Big Top. Not once are we shown the performance for which the whole effort is made, since Mr. Nelli very properly stays outside with his camera. Beginning with interesting and well filmed scenes of the circus in its early morning arrival, Mr. Nelli shows us how the Big Top is set up and carries us along until the show has ended. Odds are that he is a persuasive talker as well as a fine movie maker, because he got some of the best portrait and "candid" scenes of the performers that one will meet in many a day." Movie Makers, Dec. 1945, 496.