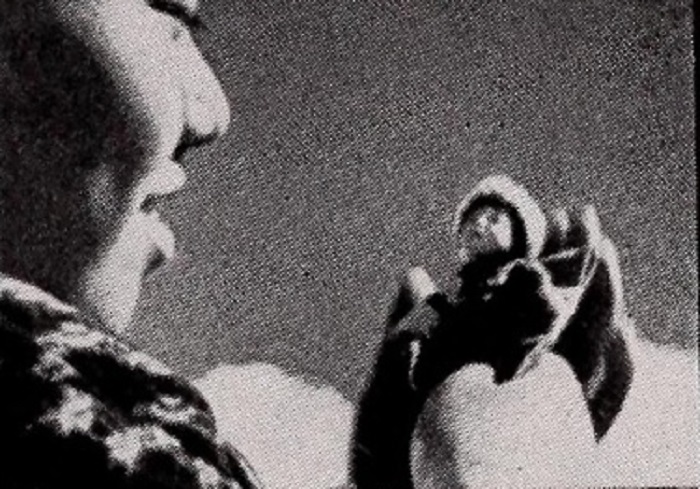 Still image from Lullaby in Eastman Kodak's How to Make Good Movies.

"Possibly the most outstanding features of Okamoto's work were his photography and composition. Many regarded his photography as the finest that had ever been put on motion picture film." American Cinematographer, Dec. 1932, 7.

"Second prize was awarded to Tatsuichi Okamoto of Matsuyama, Japan. Title of his single reeler is 'Lullaby,' which depicts the emotions of a mother singing to her child." Variety, Dec. 13, 1932, 2.