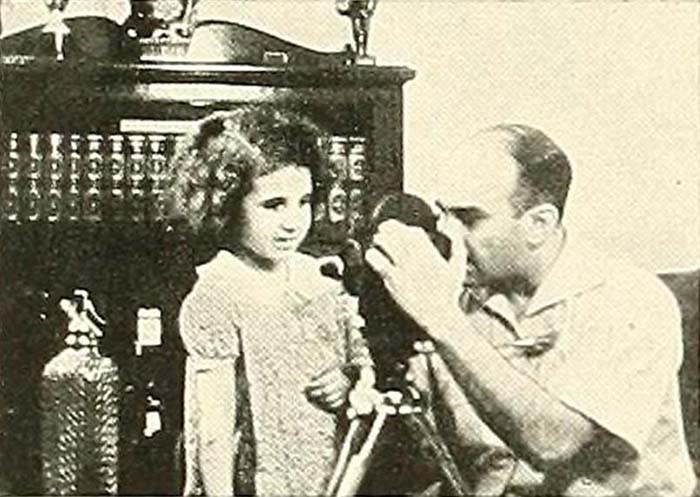 "Already well in the forefront of contemporary photoplay producers, Charles J. Carbonaro has taken a marked step onward in his current comedy, Little Sherlock. Simply planned yet smoothly integrated, this new production tells a delightful tale of the precocious daughter of a photographer, who was always "helping" father. How, during a surprise robbery of their home, she records the crux of the event with Daddy's amateur movie camera provides a denouement which is both satisfying and successful. In Little Sherlock, Mr. Carbonaro has more than maintained the suave lighting and impeccable technical standards for which his work is known; he now wins new honors with a display of genuine talent for light comedy direction. To both of these credits must be added praise for his own acting of the busy cameraman and for the portrayal of the eager apprentice by his own daughter, Alice." Movie Makers, Dec. 1937, 603.