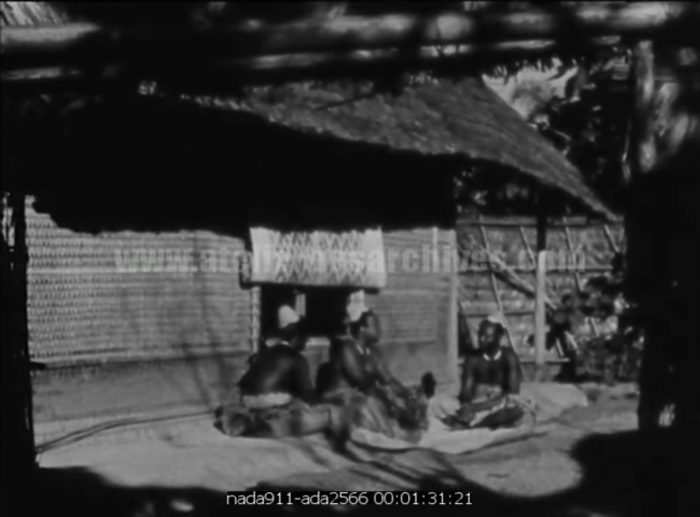 Still image from The Light Shines In Bakubaland.

"On an actual Protestant missionary who brought Christianity, education, and medical aid to an illiterate, pagan tribe in the Belgian Congo." National Archives.

This film is one of ten produced by the Garners as part of the Africa Motion Picture Project of 1938, which was funded by church denominations and the Harmon Foundation (Movie Makers, Nov. 1939, 559).

Virginia Garner, Images Out of Africa: The Virginia Garner Diaries of the Africa Motion Picture Project, University Press of America, 2011.

This film is a part of the Harmon Foundation Collection held by National Archives.

"Reel 1: Illustrates the African way of life and ceremonies. Dr. H.M. Washburn arrives in a small Bakubaland village and meets its residents. Reel 2: Dr. Washburn talks with chiefs and villagers, and learns customs and language. In Bulape, capital of Bakubaland, he convinces the king to allow mission work. Mrs. Washburn helps to run the school and hospital. The king makes a vain attempt to win back a male Christian. Reel 3: African and white doctors operate in hospital. Villagers attend new chapel. The king's sister renounces tribal religion for Christianity," via National Archives.