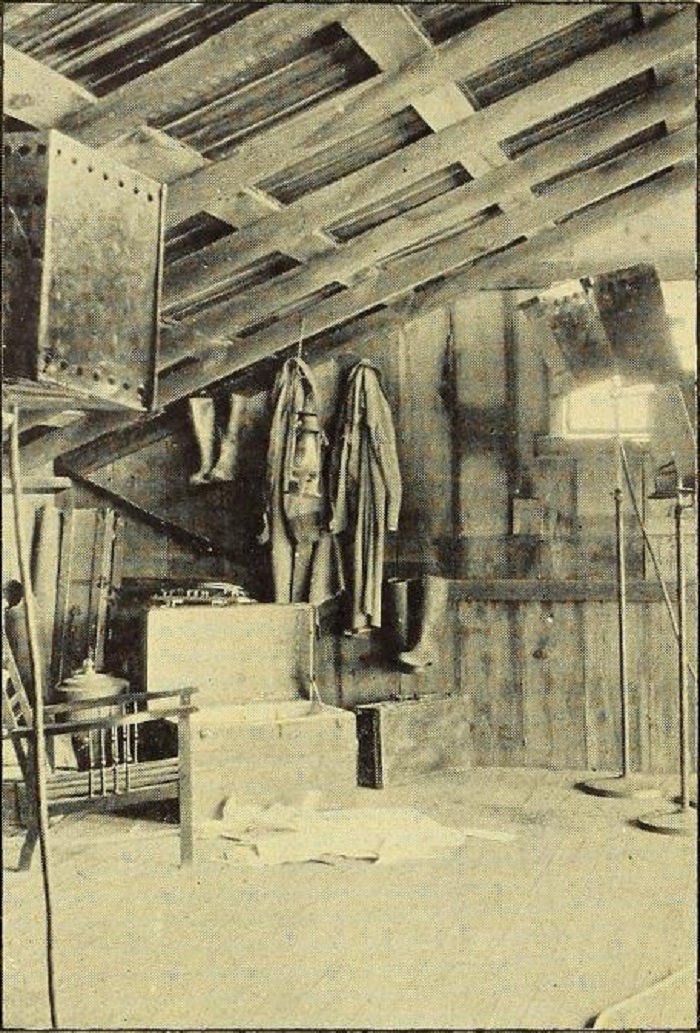 "The use of an old chicken house for a set of GALLEON GOLD, San Jose Players, San Jose, California." Movie Makers, June 1930, 352.

"Galleon Gold, 1600 ft., 16 mm., produced by the San Jose Players under the leadership of John C. Waterhouse, strikes a more sober note. This entertaining drama of the youth of a venerable Spanish family, who discover the treasure trove of the Conquistadores in time to save the family hacienda from the encroachment of the lime quarries, contains much good photography, a smooth continuity, experienced acting and first rate direction." Movie Makers, Sept. 1930, 569.

"Galleon Gold, 1600 ft., 16mm., produced by the San Jose Players, deserves special mention for its smooth flowing continuity alone. Although the difficulty of securing a lucid continuity is greatly increased in a longer dramatic picture, the producers of this film have achieved perfect clarity. This film was made during a summer vacation at a mountain ranch and it seemed at first that the lack of electric current for lighting would be an insuperable obstacle since the script called for many interior scenes. The problem was finally solved by a portable motor generator driven by a gas engine which, with proper lighting equipment, made ample illumination possible." Movie Makers, Dec. 1930, 788.

"About nine hundred attended the premiere of Galleon Gold held recently in the auditorium of the State College at San Jose, Calif." Movie Makers, Jan. 1930, 28.

"A Players’ project, somewhat pioneering in nature, was the making of a film in the summer of 1929. A sum of money had been inherited by one of the Players who was interested in this particular dramatic medium, and about twenty-five Players went “on location” for three weeks and produced a Western called Galleon Gold. This film was shown not only on campus but also in a downtown theatre and soon earned more than its cost." Clubs, Societies, and "The Players" - San Jose State University Theatre Arts.

Galleon Gold was available in the ACL's Club Film Library.