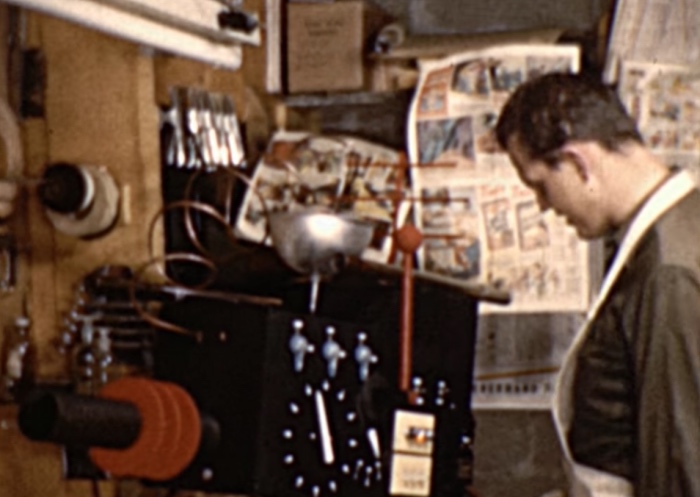 Still image from Beginning the End.

After celebrating his fourth wedding anniversary, a man becomes obsessed with building a homemade weapon of mass destruction. The man's efforts reach a breakthrough after the couple celebrates their fifth anniversary.

This film is a part of the Grand Rapids Amateur Movie Club Film Library. Visit "About the G.R.A.M.C." for more information.