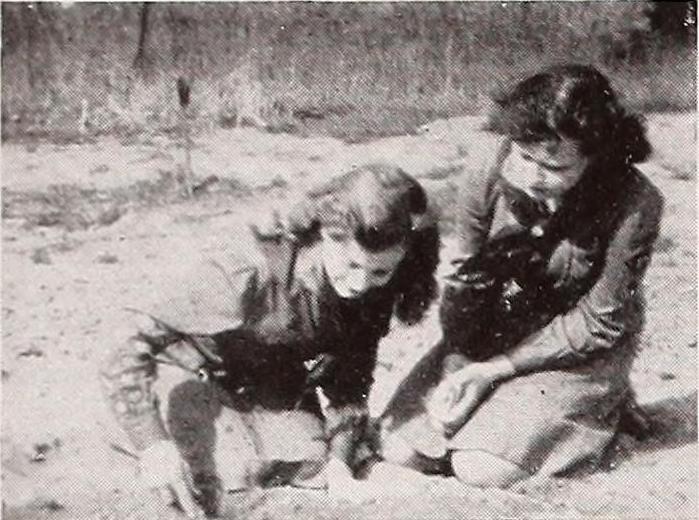 "In As Ye Sow, Walter Bergmann has made a record of a Victory garden around the plot of the conscientious worker as contrasted to the indolent one. Mr. Shirker in his wishful thinking, through a dream sequence, takes the local prize for vegetables before the digging even begins. As the season progresses, Mr. Worker grows a fine garden, while his opponent achieves a harvest of weeds in spite of his bribes to helpers to produce his garden for him while he goes fishing. The players are well chosen and directed, and there is an amusing and well acted climax in which Mr. Shirker gets his inevitable just deserts." Movie Makers, Dec. 1944, 495.

Discussed by Bergmann in "Victory Garden—With Moral" (Movie Makers, Aug. 1945, 298, 314). The articles describes the film's plot and the difficulties faced while producing the film.