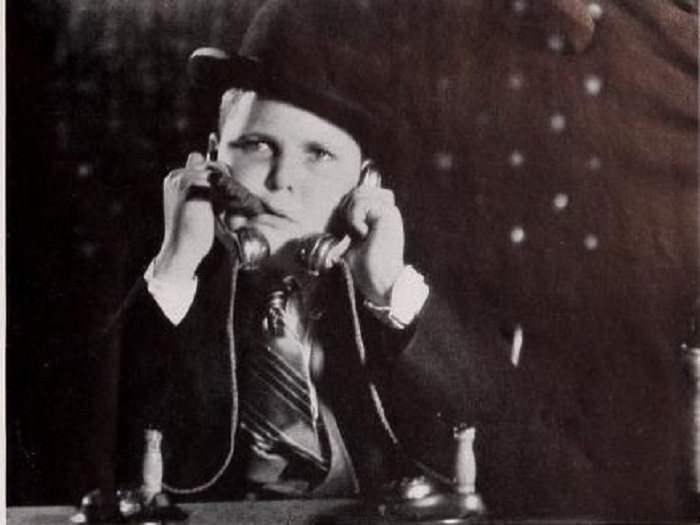 "In Little Geezer, running 400 feet, Theodore Huff, ACL, has produced one of the most able and amusing burlesque film stories of the amateur year, repeating his success of that earlier satiric classic, Hearts of the West. Again he has used, with amazing directorial facility, the neighborhood youngsters as his only actors. Again he has aped, with his own peculiar genius, the threadbare cliches of professional drama, poking fun in his filming as well as his titling. Little Geezer offers fine examples of real cinema, is the sort of thing amateurs can do as well or better than professionals and is delightfully amusing in the process." Movie Makers, Dec. 1932, 561.

"Theodore Huff, ACL, has done it again! That lone wolf producer of Hearts Of The West has paralleled the gorgeous fun of his earlier panning of the purple plains as he takes the gangsters for a ride in Little Geezer. The Big Shot, his lieutenant, Greta Garbage (" — more to be pitied than sniffed at") and Scarface Macaroni are all there, played by the neighborhood kids, no one of them over eleven years old. Through their naively serious acting and his own genius at direction and editing. Mr. Huff has riddled with bursts of laughter the machine gun monarchy of professional filmdom." Movie Makers, Sept. 1932, 398.

Huff's body of work, including Little Geezer, is discussed in Charles Tepperman's Amateur Cinema: The Rise of North American Moviemaking, 1923-1960, 261-267.

The film's title is a play on Little Caesar, the 1931 gangster film.