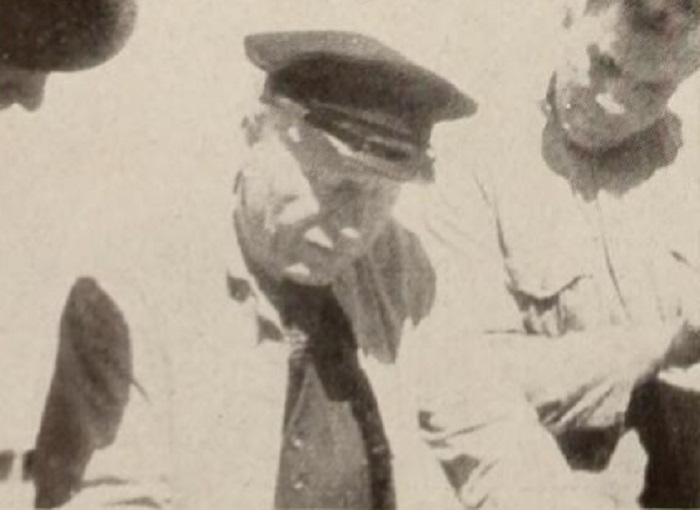 "Bringing the flavor of Europe and its people that we all like to remember, Skibet, Danish for ship, tells the story of the building of the G. C. Amdrup, a modern motor vessel with a wooden hull. The saga is carried from cutting the massive tree which becomes the keel of the ship to the final addition of paint and superstructure. Mown in from Denmark to the Danish Consulate in New York City, and from there transported to Movie Makers office, Otto Wilhjelm's film portrays the incredible amount of hand labor used in constructing a ship without the help of modern power equipment, considered a necessity in the United States. It provides the nostalgia of a great individual craftsmanship. As to the G. C. Amdrup herself, it seems safe to say — after watching the solid chunks of wood being sawed, planed and bolted snugly to the crossbeams — that she will be sailing her northern run long after our Victory ships have rusted away." Movie Makers, Dec. 1947, 534.