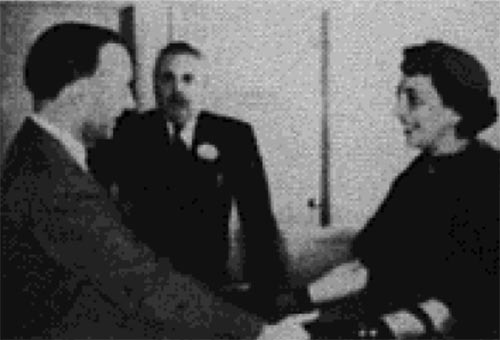 "The Toronto Movie club has cast several of its members in a comedy involving the boss, his daughter, and two bond sales-men. The usual conflicts-the daughter's choice finds some difficulty with her father. And there are two gunmen looking for easy money. A different touch of the old story, well paced, with a fine cast who move about with comic realism" PSA Journal, Nov. 1958, 46.