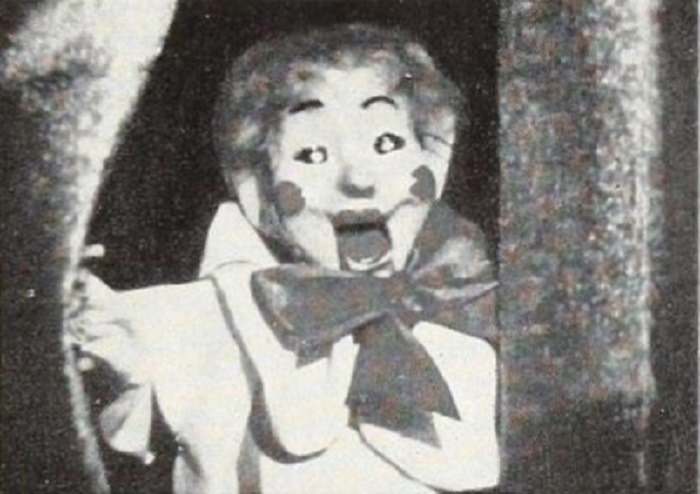 "The construction and performance of marionettes are skillfully pictured in Life Hangs By A Thread, by Paul R. Elliott and Joseph Dephoure. Aided by skillful lighting, a fine sound track perfectly harmonized with the action and an intelligent script, interest is closely held from the time a marionette is a lump of putty to its moments of glory when, in the hands of an experienced operator, it seems to take on a life of its own. Perhaps the most impressive thing about Life Hangs By A Thread is its careful step by step planning, indicating the sound belief by its producers that a movie should tell as much as possible pictorially, with the commentary used only to enhance the visual appeal." Movie Makers, Dec. 1948, 475-476.

Both of the filmmakers share details about the film in "The Reader Writes" (Movie Makers, Jan. 1949, 6). A production still is also shown.

"Shows how marionettes are made and operated by experts. Includes details of the construction, painting and manipulation of a clown marionette with a papier-mache head, and the macabre dance of a skeleton marionette." Educational Film Guide, 1953 Edition, 804.