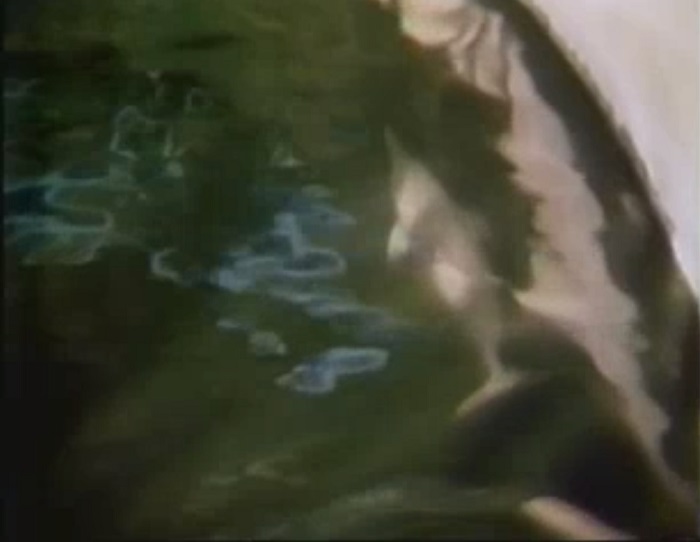 Still image from Eyewitness to Extinction.

"In December 2006, scientific researchers announced that a species of dolphin which had existed for millions of years in the Yangtze River in China had become extinct. This documentary includes scenes of the last living, captive specimen of the Chinese River Dolphin, filmed in Wuhan, China, on a 1985 trip by Dr. Robbins Barstow, of Wethersfield, Connecticut, USA." Archive.org

Barstow filmed the introduction to this film in 2007, while his original footage of the baiji in Wuhan, China, is from 1985.