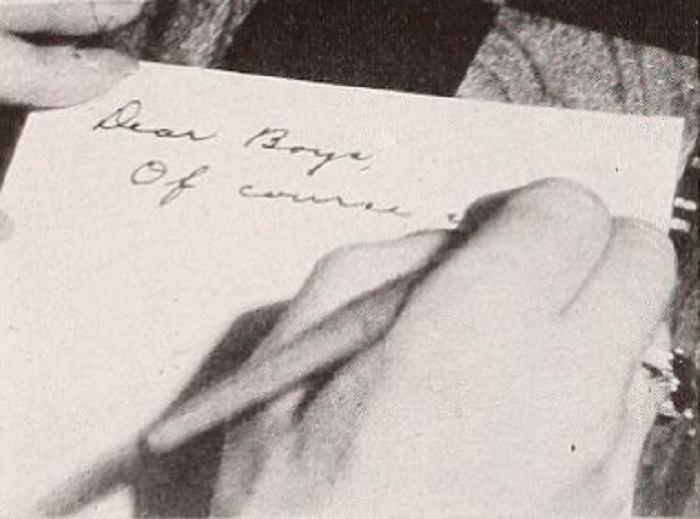 "Dear Boys is a personal motion picture which might have been made in many an American home this past year. Looking about him, C. Manley DeBevoise found his two sons in the Army and his once lovely flower garden changing into a Victory vegetable patch, well tended but mundane. It was from these materials, mixed with imagination and technical competence, that Mr. DeBevoise compiled his film. Mother is discovered (as the picture begins) writing the familiar greeting to her service sons. Her comments during the course of the letter provide the subtitles and the continuity for this attractive record of domestic doings, while Mr. DeBevoise's carefully sequenced scenes tell the story. Dear Boys is simple, sincere and a family film story which any movie maker would be proud to produce — and to own." Movie Makers, Dec. 1943, 477.