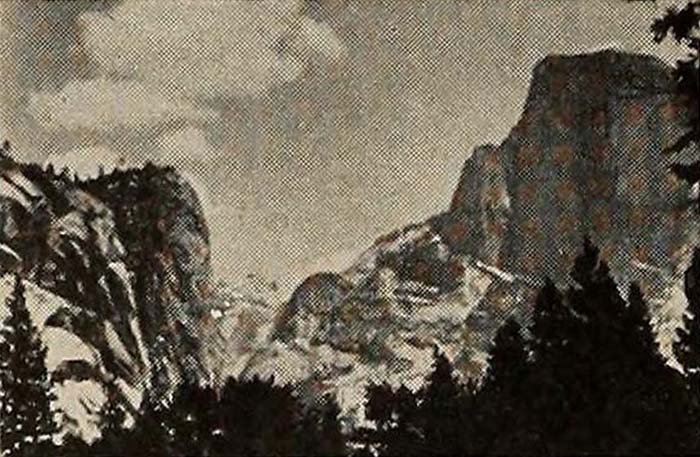 "Dr. Numa P. Dunne has accomplished in Colorful Yosemite what hundreds of other amateur movie makers have failed to accomplish — the production of a simple, well planned and charming scenic of Yosemite National Park. Here was a subject selected by scores of itinerant cameramen before him, yet "muffed" almost invariably through lack of care. Dr. Dunne found no scenic advantages in the great park not offered to others, but he obviously brought to the setting something more than the usual confused and slightly awestruck interest. Tripod steady camera work, well rounded sequences, pleasing compositions and imaginative title wordings all contribute to make up a satisfying whole." Movie Makers, 1938, 618.

This film is one reel of a three reel film Dunne made called California Trails.