Film Record: Christmas at our House 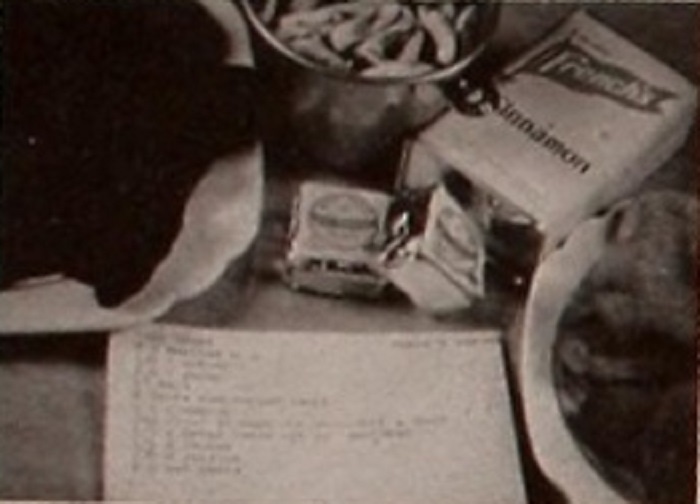 "Christmas at our House reflects the joy that Mrs. Olaf M. Olsen must have experienced in making it. It is an utterly sincere and delightful record of old Norwegian Christmas customs, carried over and observed in the United States by second generation Americans. It presents, in minute detail, the elaborate cookery and decorations of Christmas in Norway. The recipe for each dish and the kitchen utensils required are shown in closeup at the beginning of the individual sequences. Each step in preparing the particular food is then presented in orderly fashion from start to finish. This pattern may sound prosaic, but there is a charm about this film that defies any feeling of monotony. The choice of camera viewpoint and the lighting and exposure in this movie leave nothing to be desired. In fact, the camera handling is so fine that mechanical factors cease to exist, and the spectator feels as if he were actually present within the scene, to watch the action. This movie's titles, done in color, are most attractive, while the editing of the entire picture is smooth and interesting." Movie Makers, Dec. 1941, 541, 563.

The film is discussed by Marion Olsen in "Christmas at Our House" (Movie Makers, Dec. 1941, 546, 573-574). The article describes Norweigan Christmas traditions, and includes a recipe for lefse.

Olsen wrote to Movie Makers (Jan. 1952, 6-7) ten years after this film received the Ten Best honor. She stated that the film won her a General Mills Homemaker of the Week acknowledgement, and that she often received requests to screen the film.