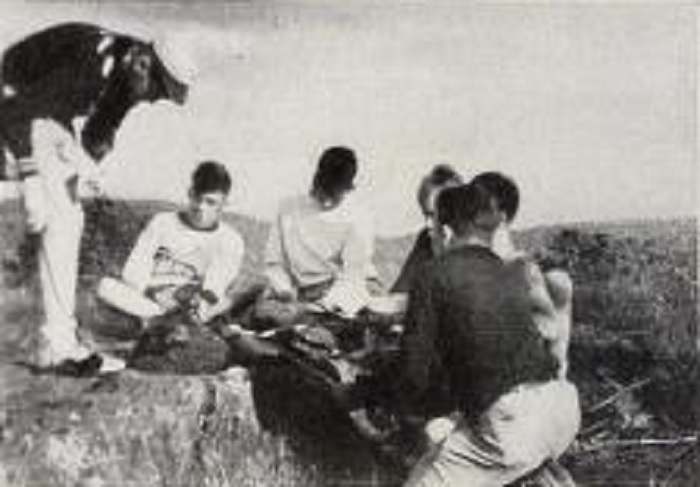 "The fact that the film, Camp Pinnacle, made by Robert F. Gowen, was provided with a clear spoken accompaniment served to enhance the workmanlike excellence of its cinematic presentation. Since it was a film made, avowedly, to sell to prospect parents the advantages of Camp Pinnacle, it would hardly have been fair to look for those more delicate nuances of atmosphere and sequence which may become a labor of love in the more personal film. Thus Camp Pinnacle was chosen for its excellence as a straightforward exposition, in glowing color, of every interesting aspect of the lives of the lads and their counselors at camp. In setting this forth, Mr. Gowen has chosen simple, natural sequences and has interpreted these with technical excellence and secure knowledge of the Kodachrome medium." Movie Makers, Dec. 1936, 551.