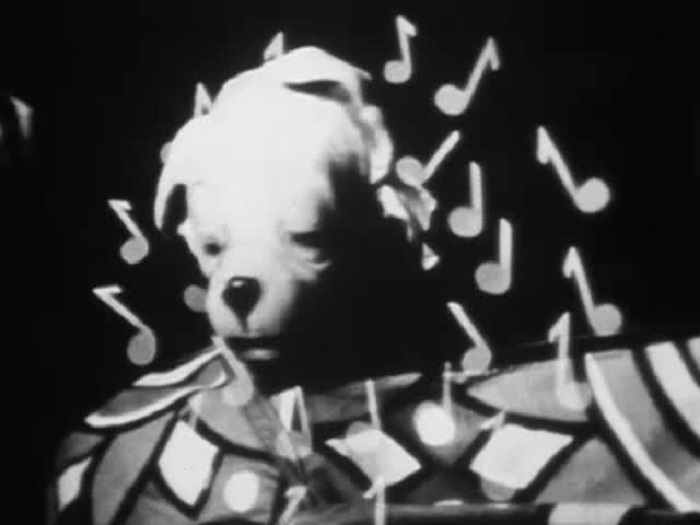 The film is held by the National Library of Scotland Moving Image Archive. It is also included in the DVD collection Norman McLaren - The Master's Edition.

McLaren discusses the film in "Experiences of an Amateur Filmmaker" (The Photographic Journal, Feb. 1937 - reprinted in Journal of Film Preservation [Nov. 1996, 31-33]):

The film took about nine months to make and had a very fluid script. We shot about 900ft, 700ft of which we used, so that we had a 30 percent scrap, due to a much less tight script. We also tried out sound effects for the first time on sound discs, built our own recording apparatus and cut our own records. To cut final sound discs we used three channels, fed simultaneously by a microphone and two turntables.The theme of the film was the Christmas Carnival Ball, at the Glasgow School of Art, a subject specially chosen to justify extravagant use of trick work. All the superimpositions, dissolves, bisected frames and effects were done in the camera. We were to a certain extent working blind. In many of the shots we superimposed about seven or eight times and had to plan it all out very carefully before taking the shot.