Film Record: Behind the Scenes at Central Cinematographers 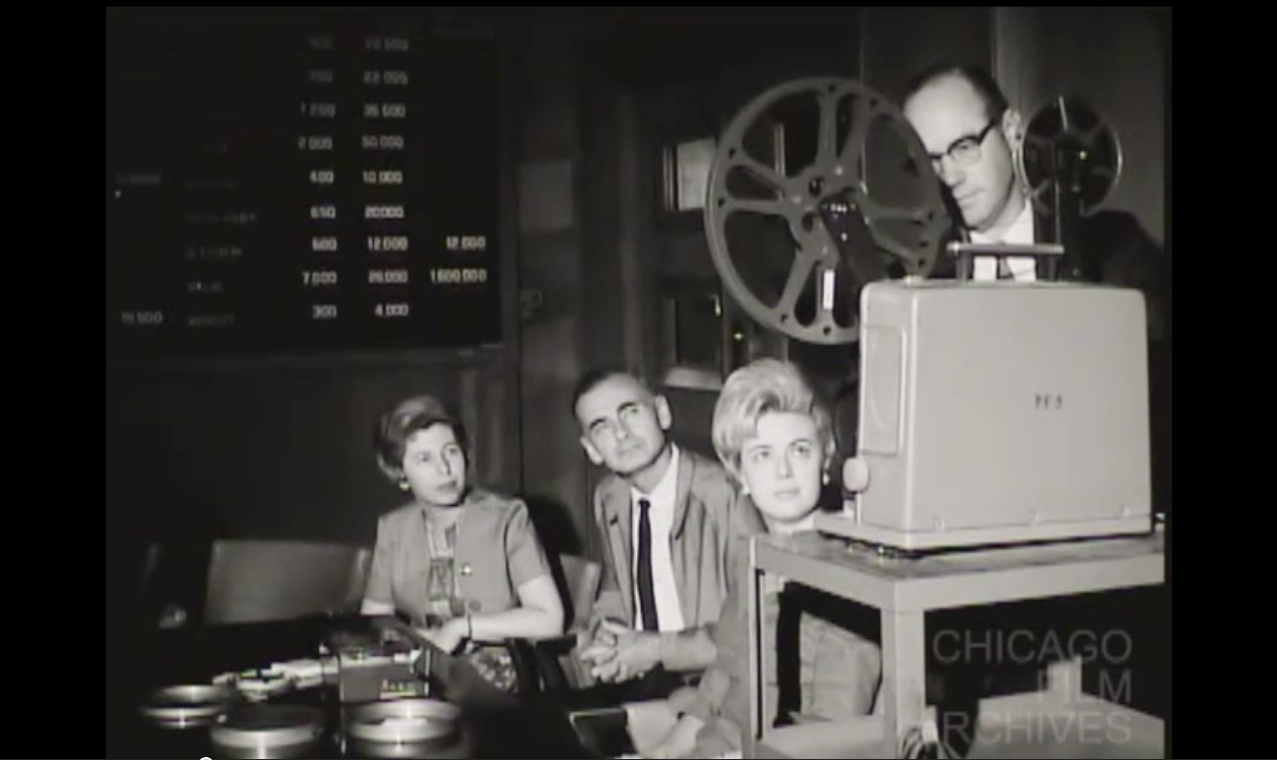 Image from Behind the Scenes at Central Cinematographers. Image courtesy of Chicago Film Archvies

"A silent documentary that follows a group from Central Cinematographers as they view, discuss and shoot films. The process of filmmking becomes transparent as the actors are seen alongside the equipment that lights and films them as well as the large number of people that are needed to prepare for a scene." Chicago Film Archives

00:03 - A person points to a notice board that reads Central Cinematographers- West Board Room. 00:09 - SA and FA of men and women sitting around a table in a dim room. They are watching an off-screen film and occasionally laughing. View switches to the head of the table as the group discusses and passes around sheets of paper. MS and MCU. Stable camera with the occasional slight PAN or TILT. 01:49 - Brief shots of a light in CU and a man with a camera. 01:53 - A different dim room is set with camera and lighting equipment. Various quick takes of people in MS going through the act of setting up for a scene. Light metering, people holding scripts. One man is in a police costume. Ends with a man acting out part of a scene. 02:39 - Var. interior and exterior scenes of Pickle Barrel restaurant. A camera is set up next to the table as a man winds it in MS. MCU of the actors at the table holding balloon animals. Groups of people outside in MS and LS as the actors exit the door and walk down the street. 03:32 - Night scene. MCU of man with a camera, barely visible. The actors stroll down the street with TILT UP to read lit sign reading Pigalle and advertising topless harem girls-won’t be on TV. 03:59-05:53 - Var. angles of another interior set crowded with equipment. Covers the actions of people preparing to shoot a scene. Some actions include an MCU of a man pretending to hurt himself as turns knobs, MS of actors by a desk with the director giving instructions, LS of the desk seen through lighting equipment. CU of the actress as they do makeup and measure focal distance with a tape measurer. Viewing notes from Chicago Film Archives