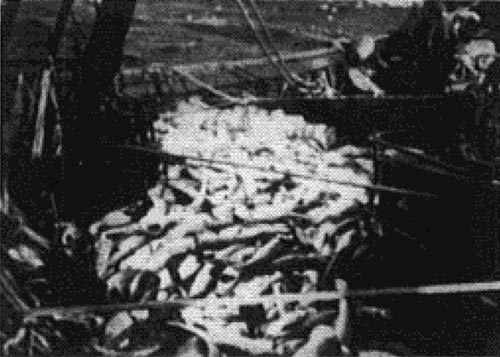 "Almost every day of the year some 10 trawlers set out from the twin ports of Grimby and Hull, England, for the Arctic fishing grounds to return three weeks later with their cargo of deep sea fish. This film is a record of one such voyage with sound effects recorded on location. This will generate a nostalgic effervescence for those lovers of deep sea fishing and all will wish to join in the adventure without having to share in the work and inconvenience. The film moves with interest and excitement, a treat for all" PSA Journal, Oct. 1961, 47.

The film was produced by Foursquare Productions, Letchworth, Hertsfordshire, England.