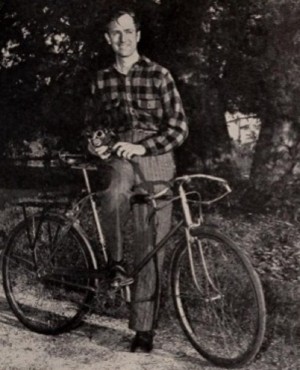 Yellowstone and Glacier Park by Bicycle (1960)

Awheel and Afoot in the Canadian Rockies (1959)

From La Cañada, California. "Over his career, Stan Midgley shot footage in such places as Yosemite, Arizona, the Canadian Rockies, Yellowstone, and Hawaii and made over 4,000 appearances with his adventures. He embraced regionalism wherever he was and shared local pronunciations and customs with his viewers. Because of his use of sight gags, Stan Midgley referred to his films as 'chucklelogues.' His love of the American places he captured, along with his humor, earned him the moniker 'Mark Twain with a camera.' " Oldfilm.org