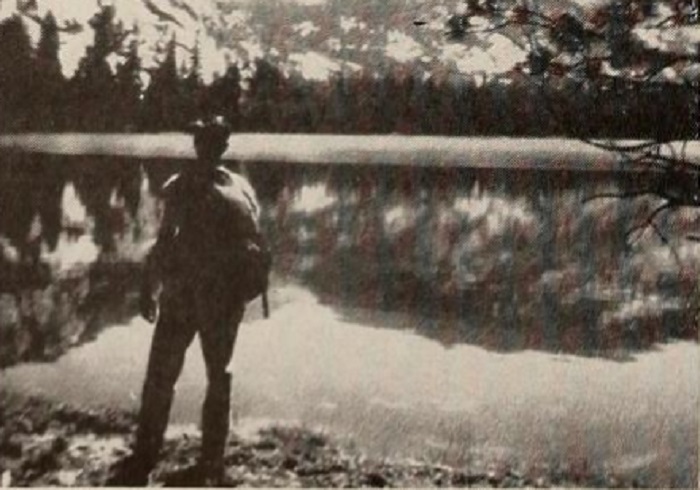 "Filming Yosemite National Park with the same refreshing wit that has made his earlier movie on the Utah parks so popular, Stanley Midgley has even surpassed his previous camera work with spectacular angle shots of the famous waterfalls and brilliantly planned pans which heighten the grandeur of this great glacial valley. In the lighter vein, a fast motion sequence of tourist posturings before the Sequoia trees provides some side splitting satire, while the magnificence of the firefall, the High Country and the mirror like lakes is emphasized by imaginative framing. Always the trail blazer, Mr. Midgley scaled Half Dome with his camera; in other sequences, he apparently conspired with an eagle to get some of the dizzier shots of sheer cliffs and precipitous falls. Yosemite on Two Wheels — and Two Feet is a rare blend of humor and technical skill, an artistic achievement that sets a new high in national park filming." Movie Makers, Dec. 1947, 534.

This film is a part of the Stan Midgley Collection held by the UCLA Film and Television Archive.