Film Record: World Through a View Finder, The (Part II) 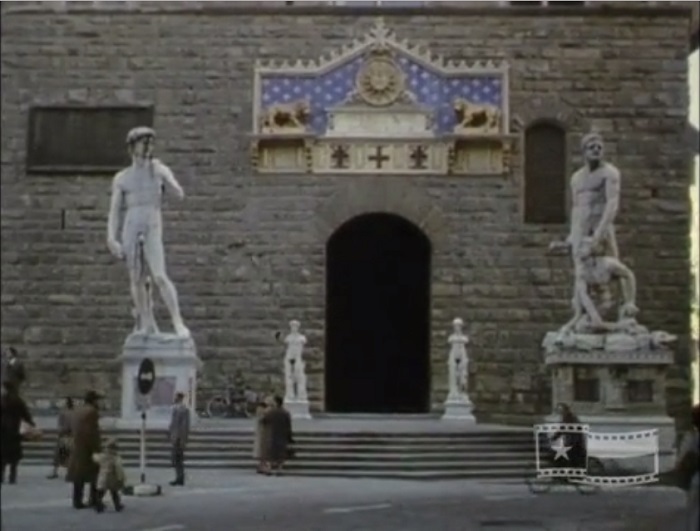 Still from The World Through a View Finder (Part II). Texas Archive of the Moving Image.

"In Bangkok, the Mayers visit an assortment of Buddhist temples, including Wat Arun. They see even more temples in India, where they also visit the Taj Mahal. Next, the Mayers venture to Egypt, exploring numerous ancient sites in Giza and Luxor. The couple continues their tour of the ancient world in Greece, visiting the ruins of several temples. Then, the Mayers head for Italy, making stops in Vatican City, Rome, Florence, and Venice. After a stop in the Netherlands, the couple concludes their adventure in England, where they watch the changing of the guard outside Buckingham Palace in London." Viewing notes via Texas Archive of the Moving Image.