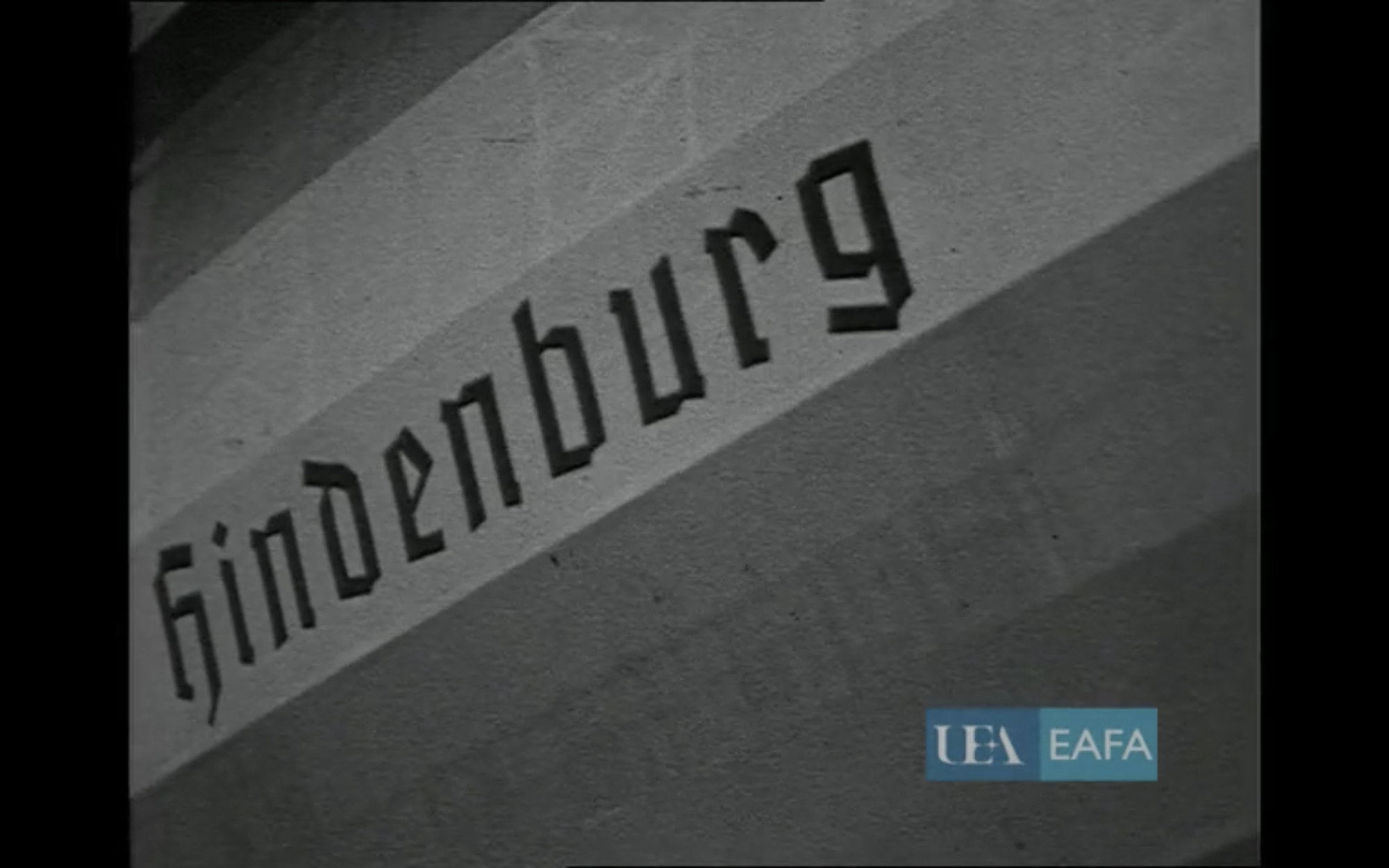 Still from Two Giants via EAFA

"Two short films of the Hindenburg in its hangar after its maiden journey to the USA and the Queen Mary at either the Clyde or Southampton prior to its inaugural cruise." (EAFA Database)

"The Hindenburg in its hangar. The film includes close shots of the airship, including its nose and tail; swastika insignia on its tail; the body of airship; its engines; and its wheels. The film also includes shots of crowds inspecting the airship, technicians working on or inspecting the airship, ground crew disembarking from the [bridge] underneath the airship. There is also a clear shot of the name Hindenburg. Aerial shots of the liner, the docks and crowds on the dockside, name on the stern appears to read Queen M[ary] Liver[pool]" (EAFA Database)