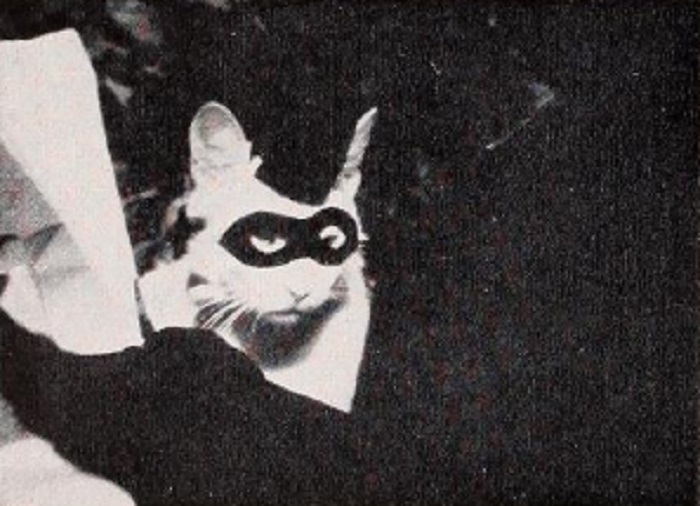 "In The Magic City, Virginia Rodarmor shows a warm and winning appreciation of a child's love for fairy tales. After a delightful opening scene in which Mother pantomimes the end of a bedtime story to her three young ones, we see them being tucked away for the night. The film then pictures the children enacting, in a dream, the tale their mother has just related. A regrettable lack of steady camera support is offset by the sensitive unfolding of the story, keeping it unerringly on a level of pure fantasy. A delightful and characteristic conceit is the sequence in which the witch is transformed into a pure white cat — complete with miniature black mask and peaked hat. The role is played by the family pet with superb and feline aplomb. The Magic City is a rewarding adventure into the difficult realm of motion picture fantasy." Movie Makers, Dec. 1948, 495.