Film Record: Solduc To The Blue 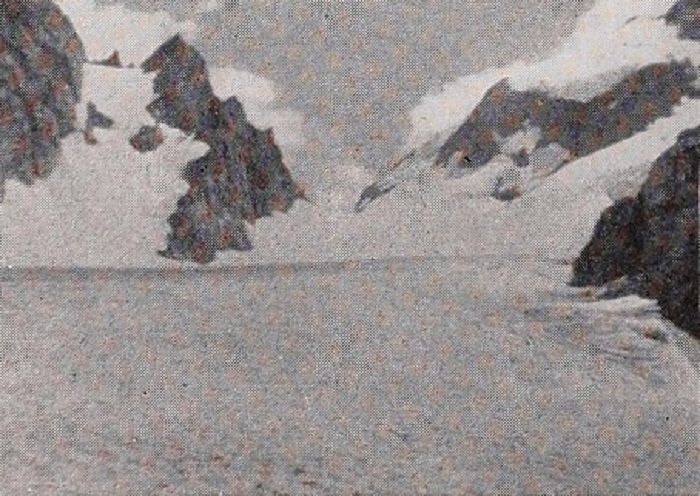 "The Blue refers to a glacier of majestic proportions high in the Olympic Mountains of northern Washington. Solduc, a small station in the Hoh Valley, is the point from which Theodore H. Sarchin and his two companions set out with high hopes to conquer the formidable ascent to the famous ice fields. Although they reach the Blue, the sun has been there first, softening the ice, and they must turn back without having attained the summit. Inherent in the film is a deep reverence for the wild, inspiring beauty of the scene, which clearly communicates itself to the audience — no small achievement in an amateur travel study. This reverence never becomes mawkish, the pedestrian titles and homely incidents en route nicely counterbalancing it. Superior camera work makes the most of the setting, while skillful editing combined the best elements of story and scene to make a dramatic presentation. An expertly scored musical accompaniment adds impressively to enjoyment of Solduc To The Blue." Movie Makers, Dec. 1948, 492.

Also referred to as Solduck: to the Blue. This film is a part of the Theodore Sarchin Collection held by the UC San Diego Library.

The film was third prize winner in the "Travelogue" class of a Smoky Mountain Movie Club amateur movie salon in 1949 (Home Movies, Nov. 1949, 590).