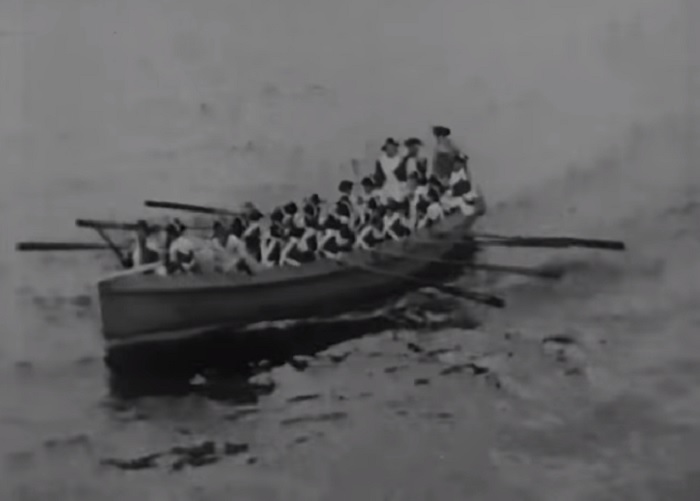 "The subject of 'Nation Builders'—the history of Australia—is without doubt the most ambitious ever undertaken by any amateur filmer. The fact that the project was successful is in itself a tribute to Sherlock's skill. Granted that in connection with the 150th anniversary of his nation's founding there were pageants re-enacting historic events and an opportunity for an alter filmster to photograph them: but how many times have not other amateurs scored dismal failures trying the same thing? Filming such a pageant, it is all too easy to capture only the impression of history actually happening. The twentieth century background which must so often have been just beyond the camera-lines was never permitted to intrude upon his eighteenth and nineteenth century action." American Cinematographer, Feb. 1939, 61.

The Sydney Morning Herald (Oct. 14, 1938, 3) reported on a private screening of Nation Builders held for members of the Australian Amateur Cine Society.

American Cinematographer (Dec. 1940, 554) reported that, in 1940, Sherlock added a sequence to the film showing Australia's involvement in World War II.

American Cinematographer (April 1942, 169) reported that Nation Builders was one of several amateur films screened as part of "Shelter Shows" in England. These were screenings held in England's World War II-era underground air-raid shelters.

This film is held by the National Film and Sound Archive of Australia. A copy is also available in the Institute of Amateur Cinematographers Collection held by East Anglian Film Archive.

"Begins with re-enactment of landings of Cook and Phillip, then portrayals of early governors of NSW, pioneers and explorers. Re-enactments of John and Elizabeth Macarthur and the establishment of the sheep industry, Governor Macquarie, the road builder, Blaxland, Wentworth and Lawson crossing the Blue Mountains, Hargraves discovery of gold.After WWI, scenes of industry (heavy and agricultural), sheep shearing, Sydney city streets and sporting events. Last intertitle reads : 'For the first time in history one continent contained one people one nation one destiny.' " Via NFSA.