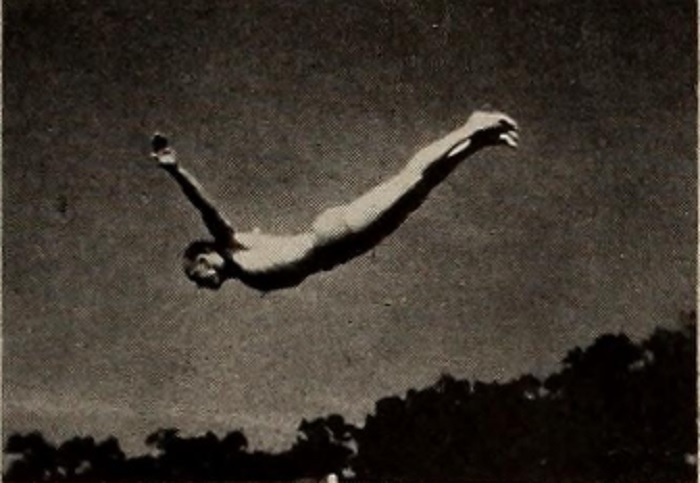 "Henry E. Hird, whose suavity and expertness as a movie maker increase each year, has chosen in his present offering to illustrate one of the cine film's most interesting capacities — its power to analyze motion. Introducing his footage with a lead title assembly finely accomplished with double exposure on moving backgrounds, Mr. Hird has observed and recorded with cinematic sureness such things as what happens when cream is poured into a cup of coffee and is filmed in such manner that the action is greatly slowed down for careful analysis. We watch the mechanics of flying seagulls, in landings and takeoffs. We look at the manner in which crystals are formed from chemical combinations, as well as at opening flowers, by time lapse filming. Smoke rings are shown and there are fine examples of the familiar dives caught in slow motion. Mr. Hird's picture compares favorably with the best slow motion studies of the professional screen, and it presents a number of fresh subjects." Movie Makers, Dec. 1946, 471, 486.

Discussed by Hird in "All Moving Things" (Movie Makers, June 1947, 243, 262-264). The article describes the time lapse cinematography seen in the film, noting how a change in tempo can reveal a new appreciation for the beauty of motion.